10 Things you didn’t know about mosquitoes 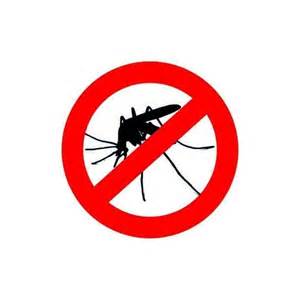 Did you know that mosquitoes like beer drinkers and have a favorite color? Here are ten things I’ll bet you didn’t know.

Mosquitoes are some of the most annoying creatures on Earth. There are billions of them and they turn up where you least like them, which is pretty much everywhere they are found. Campers, fishermen and hunters spurn them as pests, but in some cases they can be much more than that by carrying deadly viruses. Next time you are sitting around the campfire, you can turn these pesky vermin into an interesting conversation by reciting these little-known facts about what many people jokingly refer to as their state bird.

Most mosquitoes are vegetarians. Some varieties never bite mammals at all; they prefer sugars found in plants. Of those subspecies that do bite, only the females suck your blood. They need the proteins found in blood to nurture their eggs to maturity. So only a relatively small proportion of the overall population are blood suckers. But it’s enough.

There are 3,500 varieties of mosquitoes worldwide. More than 150 have been identified in the United States. About 650 varieties have been found in Brazil. A relatively small number of these species are blood suckers.

Mosquitoes like beer drinkers. Human skin and breath emit hundreds of chemical compounds and many of them attract mosquitoes. But there’s one that has been shown to attract the pests more than any other. A study done in Africa on malaria-carrying mosquitoes found that they landed on people who drank beer far more often than on those who did not. Maybe it’s something in the blood.

They also like pregnant women. Pregnant women produce more carbon dioxide which attracts mosquitoes, plus the body temperature of pregnant women is slightly higher. This extra warmth has been shown to be an attractor.

They transmit at least five different diseases. Malaria is the most well known of mosquito-borne diseases, but cases of West Nile Virus are growing and may be the most dangerous in North America. The Zika virus is a growing threat that may overtake Malaria as the mosquitoes’ most threatening danger. Dengue fever is another disease transmitted by mosquitoes, as are yellow fever and encephalitis.

They have a favorite color. Well sort of. Studies have shown that some colors of clothing, especially black, red and dark blue, attracted more mosquitoes. Because they home in on heat, some of the colors may be attractive because they are darker and collect more heat than light colored clothing. Mosquitoes are also attracted to movement. The researchers also theorized that the mosquitoes could better sense the movement of darker colors.

They have a set of pumps in their head. The little blood suckers do their dirty deed by inserting a bundle of microneedles (the entire bundle is about the width of a human hair) into the skin. They use two tiny pumps inside their head to extract the blood through those needles.

They do not explode, sorry. Contrary to popular myth, you can’t make a mosquito explode by trapping its needle in your body. You’ve probably heard that by flexing your muscle you can keep them from pulling out and the blood just fills them up until they pop.

Nope. They have a nerve in their abdomen that triggers the pumps in their head to stop filling once their abdomen becomes engorged. Researchers were able to sever this tiny nerve in some individuals and those little suckers did overfill and explode. No doubt a satisfying moment.

You are allergic to their saliva. When they first insert their proboscis into your skin, they spit into you. Their saliva has an anticoagulant that keeps the blood from clotting while they suck it up. Compounds in this saliva trigger a release of histamine, which is part of your body’s defense system against allergies. This is what causes the swelling and itching.

The two most effective substances that repel mosquitoes are N,N-Diethyl-Meta-Toluamide, AKA DEET, and Permethrin. DEET is found in most mosquito repellent sprays, and Permethrin has been found to repel mosquitoes from clothes, tents and other fabrics even after going through the washing machine. Permethrin is also the active ingredient in the pads on a ThermaCELL, one of the most effective mosquito repellant devices available.

Now that you have a PhD in bloodsucking insect science, it may disappoint you to know there is still not much you can do about the pesky micro-critters. But at least you know more about mosquitoes than everyone else around the campfire.