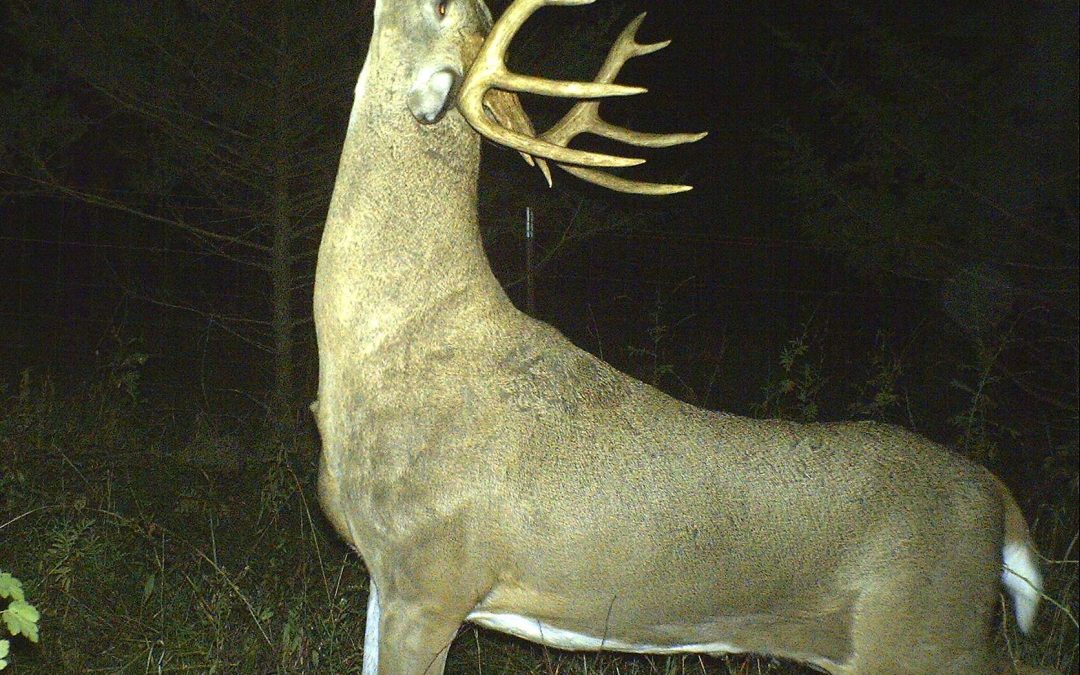 Much has been said about the October “Lull.” It’s no secret that bucks are hard to find out and about during the daylight during this period of time; they spend the majority of the daylight hours in some shady thicket, waiting for the sun to set. The middle two weeks of October is simply a poor time to plan a bowhunting road trip. If, like most travelling hunters, you have only one or two weeks to do a DIY hunt, you probably don’t want to spend it during the middle of the month of October.

The first and last weeks of October; however, are a different story altogether. There are some significant advantages to going early and late in the month, not the least of which is the amount of hunting pressure. Parking lots of large public hunting areas which may be full of trucks with out-of-state license plates the first two weeks in November, may be entirely vacant during the month of October.

Let’s take a look at what these two weeks have to offer. As we dive into the details, you may want to consider adding an October DIY hunt to your schedule.

The first week in October brings some opening day bowhunting opportunities in several states. This is a chance to catch even mature bucks totally off guard. There has been very little disturbance in the deer woods and if you make your move with stealth, you might find a buck right in your lap with no idea he is being hunted.

Early October can find bucks still in bachelor groups, although they are likely to be more loosely connected than they were a month previous. At this time, the bucks are primarily focused on food and their movements are somewhat predictable, something that cannot be said of any time during November. Find the preferred food source and you will find the deer.

The preferred food source is not likely to be exactly where you would have found the deer in August. Bucks may still be using large fields of soybeans and alfalfa if they have not been cut, but they are likely to arrive in those fields after dark because the daylight hours are growing shorter. Instead, focus on smaller food sources near bedding cover.

Many state wildlife departments plant small food plots back away from the roads. These can be golden. Corn in particular is preferred at this time. Soybeans may be at that stage where the leaves are yellow and the beans are not dried, they may be getting some use, but not as much as other, more palatable food sources.

Never overlook water during warm spells. A secluded pond during a hot Early October afternoon may be just the ambush point you are looking for. Get a scouting camera on it and make your move according to what the photos tell you.

I love the last week in October. The first signs of the rut are appearing more and more by the day. Bucks are getting edgy and this offers several advantages to the DIY hunter.

This is the one time of the year when visits to scrapes take place in the daylight. It’s the one time when I consider hunting over an area all torn up with rubs and scrapes to be well worth it. During November, bucks will mostly visit scrapes under the cover of darkness, or cruise by downwind to scent-check the scrape. But during the last week in October, they are more likely to walk right up and give it a few strokes and a fresh dose of urine rubbed through the tarsal glands. Find an area with several active scrapes, set up downwind of it and put in your time.

Scents and lures work best in this pre-rut period. Mock scrapes or natural scrapes with a scrape dripper and some Active Scrape or Estrus lure will be checked out periodically. Bucks are feeling the urge at this time and are more likely to come to scent that they will be in a week when their nose is full of the real thing.

The end of October is a great time to use calling and rattling to bring in a buck. Bleats and grunts are sounds that appeal to a buck’s sense of curiosity. They are often just rutty enough to walk over and check out the source of the sound. Choose a good calling site where the deer cannot see the area around the source of the sound.

Calling or rattling may be just the right tactic to bring a buck out of his bed during the daylight. Set up on pathways that lead from the bedding area, using the wind to your advantage and rattle the antlers periodically during late day hours. Some gentle ticking of the antlers together may be enough, but don’t fear creating a racket by imitating an all-out brawl. Sometimes a lot of noise is what it takes to get their dander up and cause them to make a move.

The huge majority of DIY hunting trips take place during November; that’s not likely to change any time soon. Consider breaking the pattern to take advantage of the first and last weeks of October and the opportunities those weeks present.  The rut, with its frenetic activity has its appeal, no doubt, but there are some real advantages to getting there ahead of the crowds. You just may find you have the woods, and the deer, to yourself.