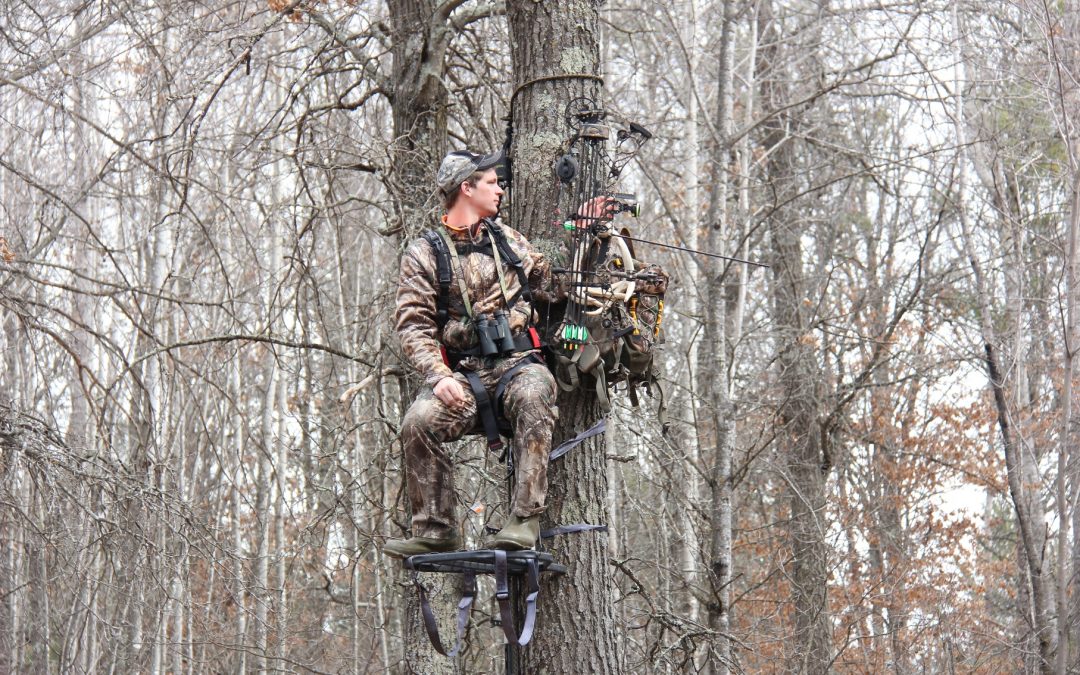 Shooting at a moving deer with a bow can be a big mistake, but taking the risk of trying to stop him can be just as risky. Here are some tips to bring him to a halt without alarm.

If you watch outdoor TV, you have seen it a hundred times. The show host is in a treestand and here comes a buck. The host needs to stop it for the shot so he or she lets out an “Uuuurp!” and the buck does one of three things, all of which are bad. Either the buck takes off, keeps walking, or slams on the brakes and stands there all tensed up, ready to take flight at the slightest sign of danger or the noise of a bowstring. That deer just went from relaxed to alert with the sound the hunter made, which is the perfect recipe for “ducking the string,” which is actually the process of loading the muscles for flight, but it usually means your arrow flies right over the buck’s back.

There must be a better way. Can we stop the deer in our shooting lane, right where we want them, without putting them on edge? Well, there are actually five better ways that I can think of. Try one of these.

Hanging a key wick with some deer urine on it is the best way I know of to stop a deer without alarming them. I like to hang it about five feet high and right in the trail if possible. Every buck will stop and smell it, if only momentarily, but they will pause just long enough for you to get off your shot on a standing, relaxed deer.

I like the key wick because you can pull it off the branch and drop it into a sealed plastic bag; you don’t want it there when you are not.

Just about anything sitting in the trail that’s out of the ordinary may cause them to pause for a moment. I know of someone who uses a small orange surveyor’s flag. He claims a small bucket works too. Deer are curious animals, and any small man-made object free of human scent can work.

This is not legal in all areas because some conservation officers might consider it baiting, so check your state and local laws before trying it. Eat an apple and drop the core on the ground where you want the deer to stop. Works every time. I’ve never had a deer walk right on by an apple core.

A piece of black sewing thread stretched across a trail can be just what is needed to stop the deer. They feel the pressure, and although they usually push through after a moment, they will often pause just long enough for a shot because they feel something they cannot see, which confuses them momentarily. While this technique works, it has its shortcomings, which I found out the first time I used it. A buck came following a doe, which paused perfectly when she hit the string, then moved on through, breaking the string. Needless to say, the buck didn’t pause in my shooting lane.

This is one of the best ways I have found to stop a deer, second only to the key wick. A handful of hair off a previously shot deer can be dropped right in the trail. Any deer that comes by just can’t seem to help themselves, they have to stop and have a sniff. Their head is down, they are stopped in your shooting lane and they are distracted while you draw your bow or raise your gun, settle your sights and shoot. Perfect.

The “Uuuurp!” might work, but don’t chance it. A grunt call in your mouth can work too, but then you… well, you have a grunt call in your mouth when you need to shoot. Use one of these much more effective ways to stop a deer and you will be shooting at a relaxed deer that is less likely to duck the string. That significantly increases the chances you will be eating that deer instead of talking about it.