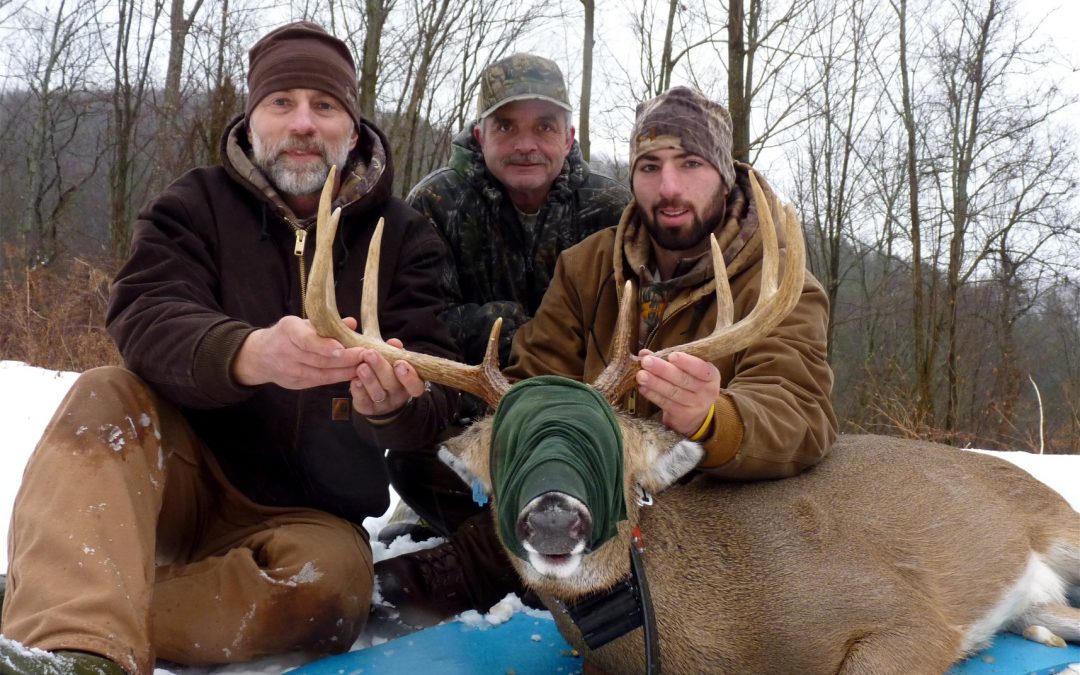 Ever wonder why that mysterious buck showed up on your trail camera but you never saw him again? Or why one of your regular bucks just disappears for a few days? Some recent research into the travel patterns of whitetail bucks casts some light on these events.

The largest buck I ever saw in the wild was observed one day during the rut. He moved out across a CRP field and I never saw him again. None of the hunters in the area knew of him and even the owner of the land had never seen him before. Where did he come from? Where did he go? These questions have often puzzled me when it comes to buck movement, but findings from research in the past few years shows that bucks routinely take off from their home ranges and head out across the countryside.

Studies on collared bucks conducted in Maryland, Louisiana, Pennsylvania, Georgia and Texas have offered up similar statistics about bucks taking off cross country for a while.   Biologists have labeled these trips “excursions.” Here are the answers to five obvious questions about buck excursions.

When do they go?

Telemetry and GPS collars have shown that most bucks take occasional excursions throughout the year. While older bucks tend to have smaller home ranges that they know intimately, they do take more excursions. They occasionally leave their home ranges during the summer, but more and longer excursions take place during the rut.

At times, heavy hunting pressure may cause the bucks to move, but the studies show that is not common. In fact most bucks that feel hunting pressure tend to hold tight in areas they know intimately, they just go nocturnal.

What time are they moving?

During the rut, the majority of these excursions tend to take place during the day. In fact, the Maryland study showed that 73% of the bucks were moving in the daylight hours. This is opposed to their movements while in their home ranges, when they moved very little until the cover of darkness masked their travels.

This is clearly good news for hunters who remain on stand all day. Bucks are on their feet during shooting hours and they are found in areas where they have poor knowledge of the escape cover.

Where do they go?

Some of the bucks seemed to have areas that were almost like a secondary home range, but the number was low. I would theorize that if a buck was pushed out of his home range, he would move to an area that he knew well, such as his natal area. He spent the first year of his life in his mother’s home range learning how to avoid danger, so it stands to reason that this would be an area he might move to if he felt pressured.

Surprisingly, three of the collared deer in the Maryland study went to the exact same small woodlot several times during the breeding season. These bucks came from different areas but ended up in the same place, suggesting that they knew where the does were found.

How long are they gone?

The studies have shown that there is a wide range of lengths to the excursions. Some bucks travelled significant distances, eight miles or more, in just 12 hours, while other bucks were gone for as much as 11 days. It’s difficult to say why there is such a difference in lengths. I suppose a buck that took an excursion during the rut and found a couple receptive does would be gone from his home range for as long as his breeding urges were successfully met. Others may have sensed hunting pressure or ran into danger from predators or found it difficult to find food in a new area so they returned more quickly.

Another important factor is the individuality of bucks. Some are more aggressive, some are more timid. Some respond to danger differently than others. Some have the wanderlust, and some didn’t take any significant excursions at all. Every buck has a “personality.”

Biologically, excursions do not make a lot of sense from a survival of the species standpoint; excursions add danger to a buck’s life, at least not on the surface. But from the standpoint of genetics, there are viable reasons. Biologist James Tomblin, who conducted the Maryland study, theorized that the travelling deer contributed to increased genetic variability, which could improve long-term whitetail population health.

So if the buck you have been dreaming about suddenly disappears for a few days, don’t be alarmed, he will most likely be back. And if you happen to see an unfamiliar buck show up on your hunting property, you might want to move on him fast, because he may head for home at any time.