Lessons Learned From a Bear Den 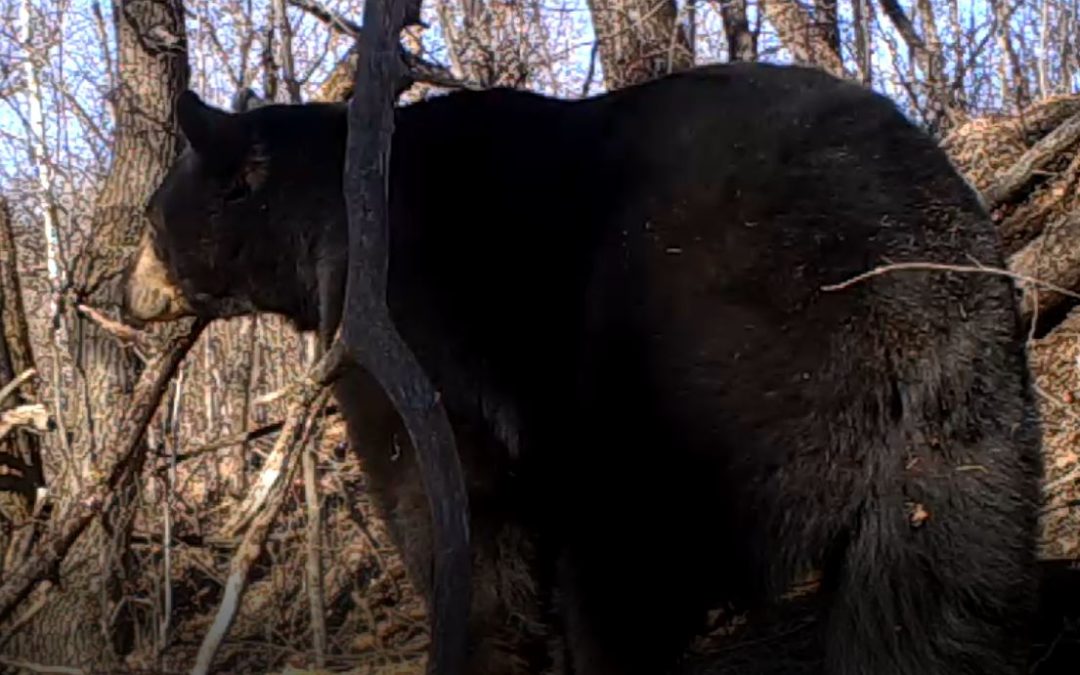 My buddy Rick called me one day in December and said he had found a bear in a den along a river bank. He’d been setting snares for fox and coyotes when he came across a set of large bear tracks in the snow, so he followed them and discovered the den. Looking into the large hole, he could see the bear.

I got very excited about it because I had never found a bear in a den before and I had always thought it would be cool to put a trail camera on a bear den to see what I could learn. I have a lot of experience hunting bears, I am a field editor for Bear Hunting Magazine and I have an appetite to learn more about this creature that has fascinated me since I was a teenager.

Rick took me out to show me the den and I hung a Covert Scouting Camera on a tree right near the mouth of the den. I set the camera to take 30-second videos on a 5-minute timer each time movement triggered the camera. After mounting the camera, I slowly crept up the mound of dirt in front of the hole and I was surprised to see the bear looking at me. I snapped a couple quick photos and hustled out of the area.

The hole was about 40 inches in diameter, and the bear was curled up about five feet below the entrance. I was surprised that there was nothing between the bear and the cold air. Temperatures of 30-40 below zero are common here in January and February, so I was intrigued that the bear had not made any effort to block the entrance of the hole.

About the end of February, we had an unusually warm spell with temperatures well above freezing so I headed out to check the camera. I changed the SD card and then crept up again to look into the den. Sure enough, the bear was looking right up at me. That’s a little unnerving looking a bear right in the eye from about eight feet away.

I discovered that the bear had poked his head out of the den and looked around every day during this warm spell. At one point, he came all the way to the top of the dirt mound, but the video showed clearly that he could barely stand. The bear was an adult male and quite large, probably at least 350 pounds even after not eating for about four months. I discovered that the camera was pointed a little off from where I would like, so when the temperatures dropped back to near zero, I crept back out there and hung a second camera facing more up the hill above the den hole.

By the time the middle of March rolled around, the days were getting warmer and the snow had melted. I wanted to go get the cameras, but when I went out there, I could see through binoculars that the bear was lying near the mouth of the den only a few feet from the cameras. I decided to play it safe and I waited until April 19 to retrieve the camera, when I felt confident that the bear would be gone.

Sure enough, he was gone and the hole had collapsed. I had more than 350 short videos of the bear coming out of the hole on warm days and moving about. As you can see by the accompanying video, he started out very wobbly, but within a few days of moving around the mouth of the den, he was back up to speed. I learned a lot, and most surprising to me was that the bear was so easy to wake up, and came out of the hole most every day for about three weeks before he actually left the den for good. I trust you will enjoy the video and find it a learning experience as I have.