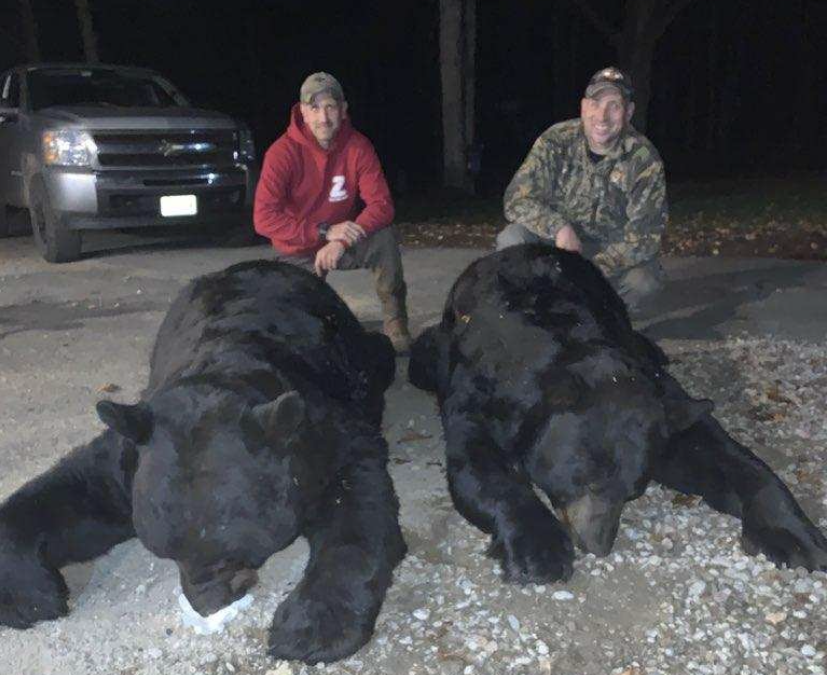 Chatfield, MN – On Saturday, February 8th, the Pope and Young Club convened a Special Panel of Judges in Harrisburg, Pennsylvania, during the Great American Outdoors Show, for a potential P&Y World Record Black Bear. Jeff Melillos’ massive bear scored 23 5/16 and is now the largest bow-harvested black bear in North America. The bear was shot in Morris County, New Jersey, on October 14th, 2019. Measurers present at the Special Panel were Dan Lynch, of Pennsylvania, P&Y Director of Records, Eli Randall, Terry Mollett of Pennsylvania, and Timothy Walsh of New Jersey. With a final score of 23 5/16, Jeff’s bear was confirmed as the new P&Y World Record Black Bear. This bear surpasses the previous World Record shot by Robert J. Shuttleworth Jr., taken in Mendocino County, California, on September 4th, 1993, with a score of 23 3/16.

“It has been an inspiring journey, to say the least,” said Jeff Melillo. “New Jersey, my home state, has its First-Ever World Record Animal! Many years ago, I read an article in Outdoor Life Magazine stating that the New World Record Black Bear will most likely come from New Jersey. They were spot on, and I never doubted it for one second. I’m very grateful that I get to be a part of all this. Pursuing bears with bow and arrow is a passion of mine. I’d also like to recognize the New Jersey Division of Fish and Wildlife for the outstanding effort they put into the management of New Jersey Black Bears. The dedication from our biologists, technicians, and Conservation Officers, make this all possible. I’d also like to give a big thanks to United Bow Hunters of New Jersey. Their organization had a lot to do with getting a bowhunting season for New Jersey black bears. Without their efforts, I would not be writing this.”

You can see the life-size mount of this incredible animal at the P&Y Annual Convention in Virginia, March 26th – 28th, as part of the Bass Pro/Cabela’s Trophy Tower. The largest display of World Record, North American, bow-harvested, big-game animals ever assembled. For Convention information, go to https://www.pope-young.org/convention/default.asp.

To register, go to http://tools.eventpower.com/web_site/68/PYC-Convention-Registration.

“I knew I was going to be looking at an impressive Black Bear skull, as it was officially measured at over 23 inches and weighed in at 700 pounds,” said Eli Randall, Records Director for the Pope and Young Club. “I was not prepared for the amount of mass the skull possessed, not only was the skull huge, but the bone structure was the heaviest I had ever seen. Congratulations to Jeff Melillo on harvesting this outstanding black bear. This is a true testament to the North American Model of Wildlife Conservation and a shining beacon of what can be accomplished with efforts and funds being dedicated to wildlife.”

This World Record Black Bear has been entered into the 32nd recording period representing entries accepted into the P&Y Records Program from January 1st, 2019, to December 31st, 2020. At the close of every biennial recording period, numerical awards and honorable mentions are awarded to the most outstanding bow-harvested animals in each species category that have been entered during this two-year recording period. New World’s Records are verified and proclaimed, and awards are presented to these outstanding animals during the Pope and Young Club’s Biennial Convention and Awards Banquet.