Whitetails of the Northern Mississippi River 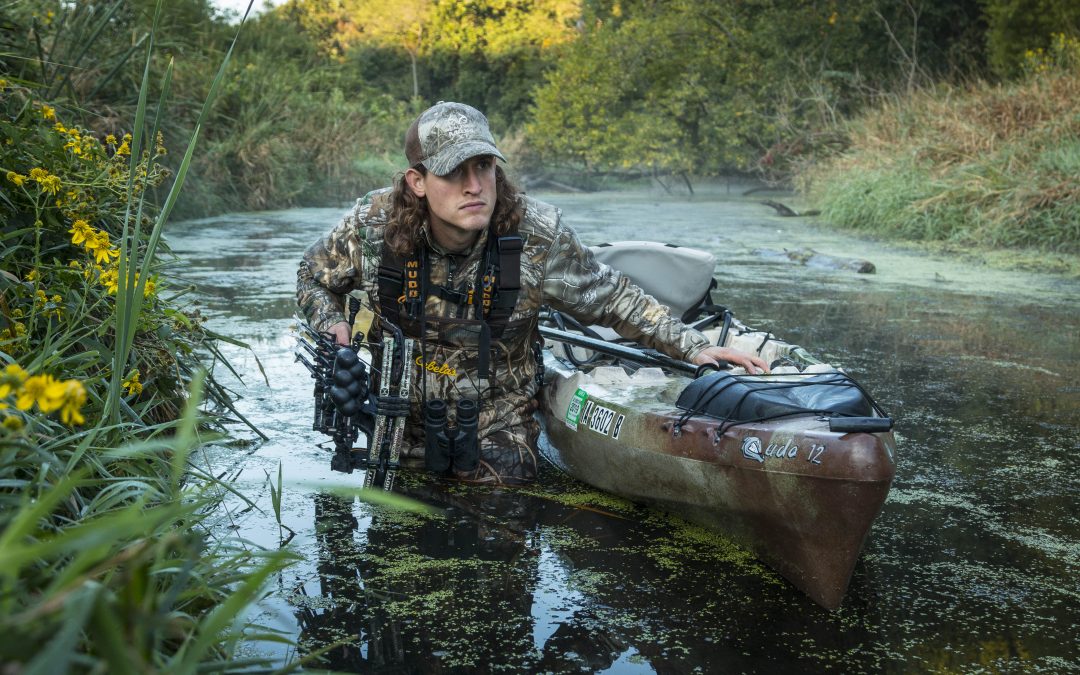 The “Big Muddy” is producing big whitetails and there’s plenty of public land to hunt them.

Take a look at the areas of the Midwest which consistently produce big whitetail bucks and you’ll find some similarities. Winona and Houston counties in the far southeastern part of Minnesota have produced more Pope & Young bucks per square mile than any other counties in Minnesota. Just across the border into Iowa is Allamakee County which has produced the most P&Y bucks of any county in the famously whitetail-rich Hawkeye State. Just east of there in Wisconsin, you’ll find Buffalo County which has produced far and away more Boone & Crockett and P&Y bucks than any other county in North America. Just across the southern border into Illinois, is Jo Daviess county, a place well known for big bucks. Farther south in Illinois is the area of the state that is known as the “Golden Triangle” of big bucks among serious Trophy deer hunters. It consists of Pike, Adams, Schuyler and Brown counties. Back to the west again are Clark, Pike, Lincoln, St. Charles and St. Louis counties in Missouri. Starting to notice a pattern?

What you’ve just read is a list of the majority of the top counties in North America which consistently produce record book bucks; and it might surprise you to find that they all have one thing in common: The Mississippi River.  This is no coincidence. In fact, it’s one of the best kept secrets in whitetail deer hunting, and to make it even more appealing, there’s an abundance of public hunting land all along the Mighty Mississippi where anyone can hunt whitetails without an outfitter or guide.

The best of this is found along the river from St. Paul, Minnesota to St. Louis, Missouri. The river has been forever altered by the lock and dam system which creates floodplain and islands, most of which fall under the jurisdiction of the US Army Corps of Engineers (ACOE) and the US Fish and Wildlife Service. Land on either—and sometimes both–sides of the river has been set aside and protected from development. Because this is federally owned land, most anything that isn’t within the boundaries of a wildlife reserve or a park is open to hunting by the public.

Few deer hunters—including many locals–fully understand the opportunities available here. Part of the reason it’s overlooked is the difficulty of access. Roads are limited and often muddy after rains. Many excellent hunting areas are accessible only by boat. Overall, it’s a challenging place to hunt, but of course all deer hunters know that the more challenging it is, the better the odds that bucks are growing old back in there out of reach of all but the most dedicated hunters.

The Upper Mississippi Fish & Wildlife Refuge borders more than 260 miles of the River from Minnesota and borders most of Iowa and the northern half of Illinois. Dozens of state- and county-owned public hunting areas create even more access points. Generally, the ACOE owns land near the dams while lands between the dams are owned by other agencies. Any of these can hold good deer hunting; and for the most part, it gets less hunting pressure by deer hunters than the properties away from the river.

The key to having hunting success is finding the right elevations and the food. Lower islands and floodplains are often characterized by large silver maple trees with little understory due to the frequent flooding. Deer travel through these areas, but find little food or bedding cover. Look for islands and shorelines with higher elevations, and you will find oaks and hickory along with their associated food. Because these higher elevation islands rarely flood, they can be well covered with forbs and the kinds of lush browse that deer look for to utilize both as food and bedding cover.

Dozens of tributaries empty into the big river, most of which offer deltas that feature excellent deer habitat. Many of these are a mix between private farmland and wooded plains; ideal deer habitat. Accessing these areas can be difficult, but the use of a boat, canoe or Kayak can put a hunter into some prime areas that few other hunters will ever see.

The upper part of the river bordering Minnesota and Wisconsin tends to be characterized by more sandy bottom, with some limestone outcroppings, in fact some of it can be waded, and getting to hunting areas most people don’t go is as simple as crossing a barrier of some sort such as a creek. It’s surprising how many deer live on the islands. Imagine being able to do a DIY public land hunt in the famous Buffalo County, Wisconsin where nearly 80% of the farmland is leased by outfitters.

The areas bordering Illinois and Missouri tend to be silt and mud, with large backwater areas that see few if any deer hunting pressure. If you are looking for elbow room (and there’s platy of it) you’ll need a boat to hunt with any significant degree of success away from hunting pressure. In Pike County, Illinois are found some of the most famous and successful whitetail outfitters, and you can hunt right in their back yard for free.

Some of the best places to hunt are areas where the fertile croplands surrounding the river meet with the public forested lands. Much of the upper river is characterized by steep bluffs right down to the river’s edge, but where the river widens, crops are often planted for miles along the river, while a narrow strip of publicly owned timber separating the water from the fields creates a travel corridor for cruising bucks. These places can be excellent spots to park yourself in a treestand for long hours during the first two weeks of November.

Swimming and wading are normal parts of the daily lives of deer which live here. They routinely cross from island to island, and often bed on islands and feed on shore. Deer drives are one effective way to hunt these islands during the firearms season, and some of them are known hotspots. But many islands have little deer hunting activity prior to the gun seasons.

Because this deer hunting opportunity is under-utilized, the state wildlife agencies have little data on the number of deer being taken from the islands. But the state game departments are learning just how much hunting success is taking place here by the few hunters who are in the know. The Iowa DNR has lately been putting personnel at the boat ramps during the firearms seasons to inventory deer that are coming from the islands in the hopes of getting more detailed data on the amount of deer hunting and success rates.

So much land is available that it can seem overwhelming, so you must break it down. The best way to start is to look at maps of the public land and compare them with aerial photography and topographical maps to determine the amount of cover and the potential for the areas to have mast-producing trees. Crop fields can be easily spotted on satellite photos. Funnels and pinch points along the river’s edge will jump out at you. Then it’s just a matter of getting out there and looking it over.

Study the maps and regulations carefully. Some areas are designated waterfowl feeding and resting areas and have closures to all hunting on certain dates. The extra effort it takes to hunt these areas effectively limits the number of hunters who are willing to go through the trouble. This is good news for those who put in the extra effort. Quality deer are available and they get little to no pressure in some areas, both islands and shorelines.

The public lands of the upper Mississippi River are possibly the most overlooked hunting opportunity in the Midwest both for its seclusion and for its trophy potential. It’s not just for fishing any more.

Nonresident whitetail tags for Minnesota, Wisconsin and Missouri are available over the counter. Obtaining an Illinois or Iowa nonresident tag will require an application. The number of Illinois tags usually outnumbers applicants, so a tag can be acquired each year, but the zones along the Mississippi River in Iowa will require 2-4 preference points to draw for archery seasons, and slightly fewer for firearms seasons.

State boundaries run right down the middle of the original river channel and are clearly marked on federal and state hunting area maps. Hunters need to be careful to be sure they are hunting on lands where they are properly licensed.

US Army Corps of Engineers Hunting: