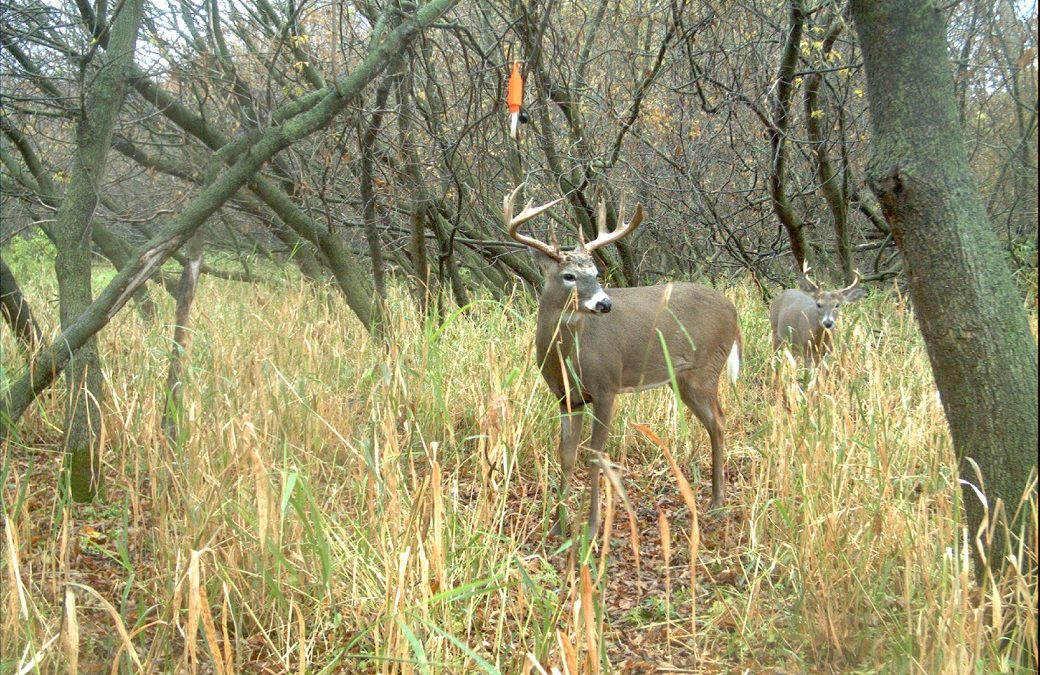 The “October Lull” has a bad rep. But there are some very good reasons not to overlook this time of the year. by Bernie Barringer

A large number of bowhunters take the month of October off, which is great for those of us who don’t. While the there are good reasons most hunters do not see as many deer during this pre-rut month,  there are some compelling times and places to be in the woods during the month of October. Here are five that might make you rethink your October complacency.

Since so few hunters take October seriously, you may be all alone out there. October may be the single best time to hunt public land because there is little pressure putting the deer on edge. There may be a few people out and about on the weekends, but you might find that you have normally busy areas of public hunting properties all to yourself in October.

Hunting pressure definitely causes deer to change their behavior patterns. Once they begin to feel pressure, many mature bucks go underground and won’t be caught out during daylight. Hunting in October gives us a chance to target them before they feel the heat. They can still be in fairly predictable fall feeding and bedding patterns, which leads us to reason number two.

October is a time of ease for most bucks. Food is everywhere and the bedding areas are mostly undisturbed. Acorns are still around in abundance, cut corn and soybean fields offer easy to reach food, alfalfa is still green.

The daily lives of a buck might be to rise in late afternoon, hang out with the guys a little, make a few rubs and maybe sniff a scrape. He may do a little sparring with other bucks and then make his way towards the food source where he arrives with a half hour or so of daylight left. He’ll probably hang out just inside the woods until nearly full dark before exposing himself in the open, which gives a hunter the perfect opportunity to connect with him just inside the woods.

In the morning, he works his way back to his preferred bedding cover without much urgency, nibbling at browse along the way. Then he will spend his days in cover chewing his cud and only rising to stretch and relieve himself occasionally before going through his routine again in the late afternoon. It’s a pretty good time for a savvy hunter to figure out the pattern and waylay a mature buck who has no idea he’s being hunted.

The living is pretty easy for us hunters too. Another great reason to hunt October is to get out and enjoy pleasant fall weather while gathering information for upcoming rut. Evenings are delightful in a treestand at this time of the year. Mosquitoes have succumbed to frost and the colorful leaves are pleasant to the eye. Mornings are cool but not shivering-in-your-boots cold. It’s just a great time to enjoy some of the things we love about hunting and being outdoors to observe nature and its natural goings on.

You can learn a lot that will help you better hunt the upcoming rut as well. October offers you a chance to inventory the deer in your area and get a feel for where the does are bedding. This knowledge will be valuable come the helter-skelter activity of the rut. You have to get out there among the deer to gain this knowledge.

The second half of October is arguably the best time of the year to use calling and rattling to bring in a buck. Testosterone is surging and bucks are on edge as the urges of the upcoming rut are beginning to run through their veins.

The success rates of using combinations of grunt calls and rattling antlers can be at its peak in late October. Bucks come running with more abandon than at any other time of the year. Find a good spot with lots of ground cover near a bedding area and do some calling sequences. Make sure you are set up where the buck can’t see a long ways, but must come close to investigate the source of the sound.

The largest buck my son Ben shot with a bow was taken under these exact circumstances. We set up at the point of a wooded draw where it cut into an alfalfa field. At the bottom of the draw was a thick creek bottom; perfect bedding cover. I put out a buck decoy and Ben concealed himself 20 yards downwind of the decoy while I rattled. Almost immediately, a buck came strutting up out of the bottom and challenged the decoy. Less than 10 minutes into the sequence, he had the 10-pointer on the ground.

When you’ve found an area all torn up with scrapes and rubs, the hunting can be good there both mornings and evenings. Set up downwind and use some good scent such as Trails End #307 or use a scrape dripper with Active Scrape lure in it. Spicing up the scrapes with good quality scent works very well during this time of the annual cycle. Many bucks will circle to wind-check the area from downwind so be sure you set up your stand accordingly.

If you can’t find the scrapes and rubs in the right situation to set up a good ambush, create your own. Mock scrapes with fresh scent work just as well—sometimes better–than the real thing. Use a pocket knife to forge imitation rubs. The local bucks feel compelled to investigate.

So don’t spend October on the recliner in anticipation of November. These five reasons should be incentive enough to get out there and tag a buck before the masses fill the woods.