Bring bears to your baits quickly and keep them there 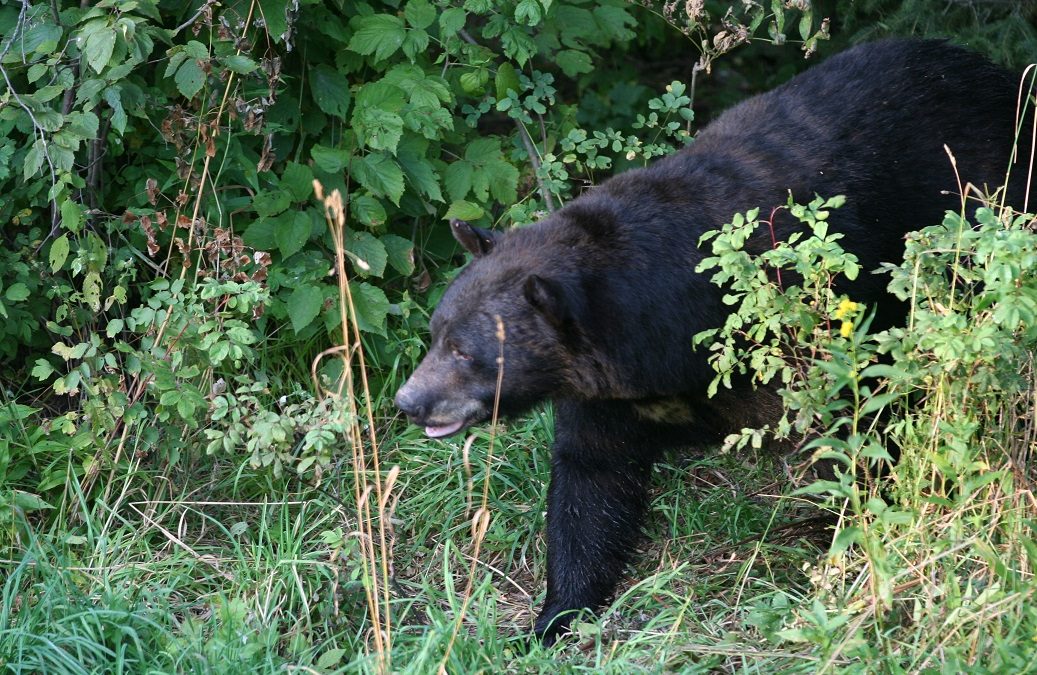 Getting bears to hit your baits is just the first step; keeping them there is another step. Heed this advice to increase your odds of success.

I’m convinced the most important factor in shooting a bear over bait for us DIY bear hunters is getting the bears associated with your bait quickly; then giving them a reason to keep coming back. This is especially true when you have a limited time to bait bears. If you are on a road trip, say you’ve drawn a tag in another state and you arrive to bear hunt, you’ve got to make things happen in a hurry before your timeline runs out.

I’ve learned some things that help through years of baiting here in Minnesota where we’re allowed to start baiting only a couple weeks before opening day of the season. Around here, particularly on public land, there’s a mass rush to get bait into the woods on the opening day of baiting. If you’re gonna get the bears on your baits you better do it right away and you better do it right the first time. Or someone else is going to be skinning the bear you could have shot.

A small handful of people choose to wait until the pressure is off when most other hunters have given up, but that’s risky as is illustrated by the fact that nearly 80% of bears harvested in Minnesota each year are harvested during the first week of the season.

I do bear hunting seminars at several sports shows each year and one of the questions that comes up at nearly every one of them has to do with hunters who get a couple bears hitting the bait for a week to ten days, then lose them. Happens all the time; it used to happen to me a lot. Usually it’s blamed on natural foods such as acorns which tend to drop in great numbers right around the opening of bear season. But I believe it’s more than just natural foods.

Let’s explore some aspects of my system that has significantly improved my odds of getting bears on my baits as opposed to the baits of other hunters, and kept the bears associated with my sites.

Out of all the variables that influence how quickly bears find your baits you might be surprised to learn that I believe location is the most important; even more important than lures. Now don’t think for one second I am devaluing the role of quality lures, but bear with me for a moment.

Bears travel in somewhat predictable patterns. They don’t often just wander aimlessly about the landscape. They tend to follow edges, such as shorelines, steep bluffs, tree-lines and even field borders. They also travel ridges, particularly mature males will go from point A to point B on the spine of a ridge. Look at it this way, if you’re a big old male bear who’s headed somewhere important, like where the food is found, are you going to push yourself through a thick swamp or get up on a hardwood ridge where the canopy allows you to move with relative ease? These ridges are great places to encounter big bears, especially if they have thick escape cover along at least one side that allows the bear to quickly duck out of sight. Add this to the fact that these ridges are most likely where you will find food such as acorns and beech nuts.

Those thick swamps and beaver ponds are really important to the bears, they are great places to lounge around when they aren’t feeding, and the water offers them a way to cool off and take in the liquids necessary to digest the huge amounts of calories they are taking in during the late summer and fall.

A good analogy that relates to this important location factor would be something familiar to any deer hunter who chooses a stand location for a rut hunt. Deer hunters know that bucks will be on their feet looking for does during the rut, so in order to increase our chances of encountering one up close, we choose deer hunting locations that funnel their movements down into pinch points, which increase our odds of being within range of these cruising bucks. Choosing a bear bait location for fast action is much the same. We are picking spots that increase the odds that a bear is going to come close by our bait site sooner rather than later.

So if you haven’t added two plus two and gotten four yet, I’ll tell you straight up that ridges between swamps or beaver ponds are dynamite bait site locations. But there is another important component to this. Bears, especially mature males, prefer not to expose themselves to open areas during the daylight. You need place your actual bait in some thick cover that allows the bear to comfortably approach the site without crossing an open canopy or field for every long. My best bait sites on the sides of ridges between swamps (or a swamp and another obstruction), where the ground vegetation is fairly thick and at least as tall as the biggest bear’s back.

Once you’ve found a couple ideal bait sites, you’re going to add the bait and lure it up good with some great scents that the bear cannot resist. Let’s talk about lures first.

I have used several different scent strategies over the years to draw bears to the baits. I’ve thrown Jell-O packets into the trees, I’ve done honey burns and bacon burns and other old favorites of bear hunters. But a few years ago I was introduced to a product called Gold Rush, which is an amazing, potent scent that is super concentrated and can be added to used fryer oil. That’s right, it’s a concentrate; you mix about an ounce or two of it with five gallons of oil and it smells fantastic, plus it carries well. All of my baits now get Gold Rush when I open them for the first time of the year.

I will also use Northwoods Bear Products sprays every time I put out bait. I like the fruity smells like blueberry, cherry, raspberry, etc. That’s probably more personal preference than anything but they work so I stick with what I know works. Once the bears are coming in, trails begin to develop and I like to spray the bushes on the sides of the trails so the bears get the sweet smells on their fur and carry it off with them.

The kinds of baits you use are critically important to keeping bears coming back to your baits often and filling them up. We don’t want a bear to have a few bites and then move off, we want him to fill his gut and then go lay up in a nearby swamp to sleep it off. That way he’ll be right nearby when he gets hungry again.

Bears are individuals and some prefer some baits over others, but I have never met a bear that didn’t like pastries. They fill the bear up and have the high-carbohydrate and calorie content the bears are looking for. But you can “over-sugar” the bears. I believe that’s a big part of why bear baiters begin to lose their bears after a week or so. The bears need a mixture of other baits to hold them. I like to add fruits, meat and trail mix. These are the things that bears really will appreciate when they start to feel as if they are taking in too many sweets.

Meats are not legal in all states, but if you can use them, beef trimmings from a supermarket or butcher shop are fantastic for bringing the bears to your bait over and over. Bears like the meat fresh. I do not add the meats until the baits are getting hit every day, because they spoil quickly. If I am not baiting a site often, say just once every 5-7 days, I will freeze the meat into a big block and then put it out frozen which gives it another couple days of freshness.

Trail mix has the ability to mimic natural foods and is the one bait I have found that can offset the trouble created by the mast crops that are producing right about the time the bear hunting season opens. Granola is another good option, which is nearly as good. Trail mix and granola seem to hold bears very well once they begin to cut back on their sweets intake. Over time, you’ll find that the bears are eating more trail mix and a lower percentage of pastries.

Success rates in states that use bear baiting as a bear harvest management tool usually run around 30%, so bear baiting is not a slam dunk by any measure. And it’s really hard work. But you can beat the odds. Be diligent in finding the right location, use the right attracting scents the right way, and use baits that offer a variety of the things the bears love, and you can significantly increase your odds of being in the 30% who are enjoying bear roasts and sausage along with a bear rug, rather than the 70% who end up eating tag sandwich.