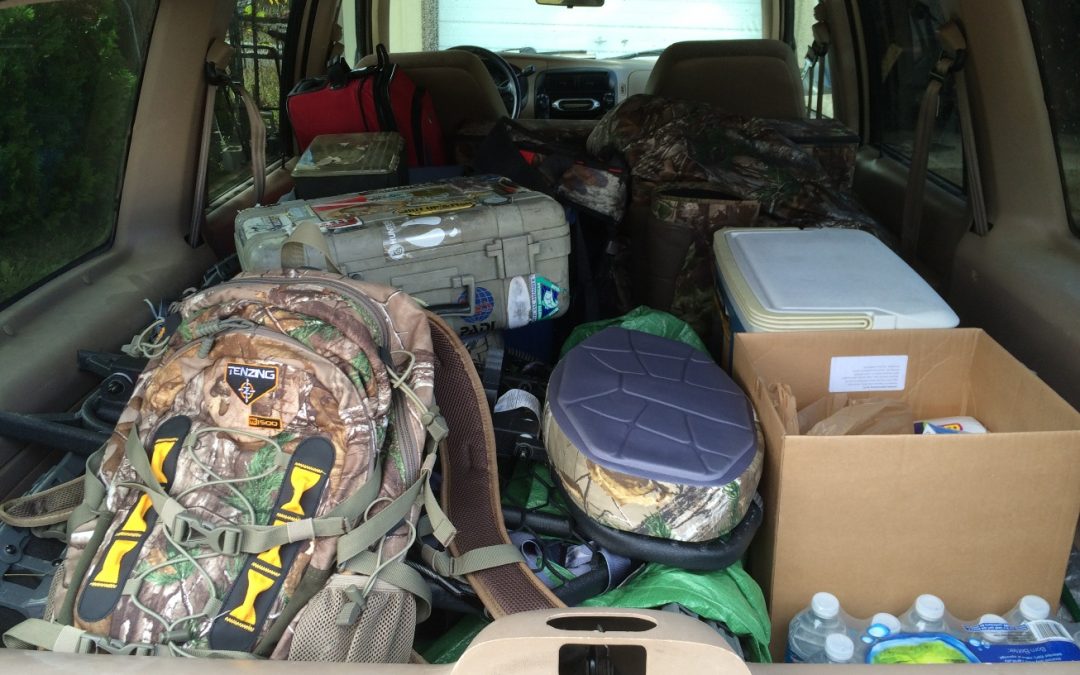 My first bowhunting road trip was in 1993. I was living in Iowa and I travelled to northern Minnesota to bowhunt. Figure that one out. Iowa didn’t even have a nonresident deer season at that time. Today, about 20,000 applicants vie for the 6,000 nonresident Iowa buck tags each year. Being in the fishing business, I moved from Iowa to northern Minnesota in 2001, which set in motion a passion for travelling to bowhunt in other states.

I have since bowhunted whitetails in nearly a dozen states, some multiple times, and I have some favorites. I’ve had some great successes and some crushing failures, but along the way I have learned a lot and my passion for seeing what’s over the next hill burns as strong as ever. These days, I hunt from one to three other states every year. It’s hard to pick a short list of places I love hunting, but I would like to share with you my top five, and I will put them in no particular order, because your mileage may vary—the things that make one trip exciting for me may not mean as much to you.

The archery season in Kentucky opens the first weekend in September. This offers a bowhunter the chance to get the jump on the seasons of most other states. The weather can be hot, but the deer are accustomed to it. They are typically in their late summer feeding patterns, often in loose bachelor groups and can be quite visible. These factors add up to some fantastic hunting opportunities. Tags are available over the counter.

Public land can be found in Kentucky, in fact there are some very large blocks of public land in the western third of the state, all of which offer good deer hunting. But some of the best hunting during early September will be found on private farms where the bucks are entering the soybeans and alfalfa fields in the evenings. Finding those bucks, then knocking on a few doors may get you permission to bowhunt a great place.

If you go, research the public land first so you have a backup in the event that you can’t find much private land to hunt. It’s not a bad idea to arrive a day or two before the season and spend evenings and mornings glassing. Hit the ground running, get some scouting cameras out, then get to hunting when you are ready.

No list of top bowhunting states would be complete without Kansas. The state produces great bucks every year and has enough public hunting land to spread out the hunting pressure. Kansas recently reduced the number of nonresident tags, so you may not draw every year, but when you do have a tag in hand, there are plenty of places to hunt.

Kansas offers a Walk in Hunting Access (WIHA) program that adds lots of private land to the hunting opportunities. This land is primarily open which appeals to upland bird hunters, but there are some fantastic deer hunting spots if you take the time to do the research.

The majority of the whitetails are found in the eastern half of the state, which features the more traditional farmland habitat. But don’t overlook the prairies of western Kansas, some really big bucks live in out-of-the-way places.

You will find another early season opportunity in Nebraska, in 2015, the state moved its archery opening day to September 1, which offers a chance for bowhunters to take a buck in velvet. The state has been coming on with regard to the quality of the bucks found there, and it has escaped the worst of the disease outbreaks that have plagued other Midwestern states. Numbers are good and size is good as well.

Apply for Kansas tags in the spring. Most zones offer about a 75% chance of drawing. The best time to go is during the rut, but late season hunts offer excellent action as well.

Like Kansas, the eastern half of the state is mostly farmland, while the western half is open prairie, mixed with center pivot irrigation fields. Whitetails are found throughout the state, but numbers are highest in the east and along major rivers. Mule deer mix with whitetails in western Nebraska wherever habitats overlap. And here’s some great news. Your deer tag allows you to shoot either species.

Deer tags are available over the counter, and in addition to being good for either mule deer or whitetails, you can purchase two buck tags in most zones. Talk about options; there is a lot of opportunity. Public land is abundant enough to keep you busy, but getting permission to hunt private land is easier than you might think.

Everyone has Iowa on their list of places they want to bowhunt, and for good reason. Iowa offers so much opportunity for excellent deer hunting and there is quite a bit of public land. Because the state only allows 6,000 nonresident tags, and the majority of those go to hunters who hunt with an outfitter, the hunting pressure on public land is well spread out. The state keeps cranking out big bucks year after year. While most of the world class B&C deer that come out of the state each year are shot off private land, the chance to shoot a 150 on public land is a real possibility for the hunter who works hard.

The best areas of the state for big deer are the southern third of the state, basically everything south of I-80 and then northwesten corner of the state. The Mississippi River corridor, along with the major tributaries, produce some giants each year too.

Here’s the real drawback for hunting Iowa, the cost and the wait. It will take 3-4 years of applying for a tag in the more desirable zones before you will be selected. Then the tag is going to set you back more than $550. The state would like you to send that money up front, but don’t take the bait. For at least the first two years, just pay the $50 for a preference point, then only send the entire amount when you have a realistic chance of drawing the tag. With licenses, fees and preference points, you are likely to have about $700 in tags lining your pockets when you finally hit the woods.

But it’s worth it. The first two weeks of November in Iowa is a magical time and place. At any moment, the deer of a lifetime may stroll within bow range.

Missouri is a bargain for nonresident deer hunters. For about $250 you buy a deer tag over the counter that entitles you to two deer and two turkeys. Public land is abundant and well managed. Large blocks of public hunting land offer excellent hunting opportunities. The Department of Conservation plants food plots and makes habitat improvements. Most of these areas are large enough to offer seclusion for hunting pressure by getting a mile or more away from the roads. Several public hunting areas are managed as bowhunting only.

The one drawback about all this good news: It’s no secret. The state gets a lot of pressure from nonresident hunters, especially in the counties right along the Iowa border. The public hunting lands in the northern tier of counties see a lot of bowhunters hauling stands into the woods each year.

The northern half of the state produces the best hunting for mature bucks, but it has been hit by disease the past few years. It’s in the recovery process now, and hopefully will get better.

Those are my top five picks, all of which I have hunted extensively and I plan to go back again and again. Maybe I’ll bump into you out there. For more detailed information on DIY bowhunting road trips, check out my book The Freelance Bowhunter.