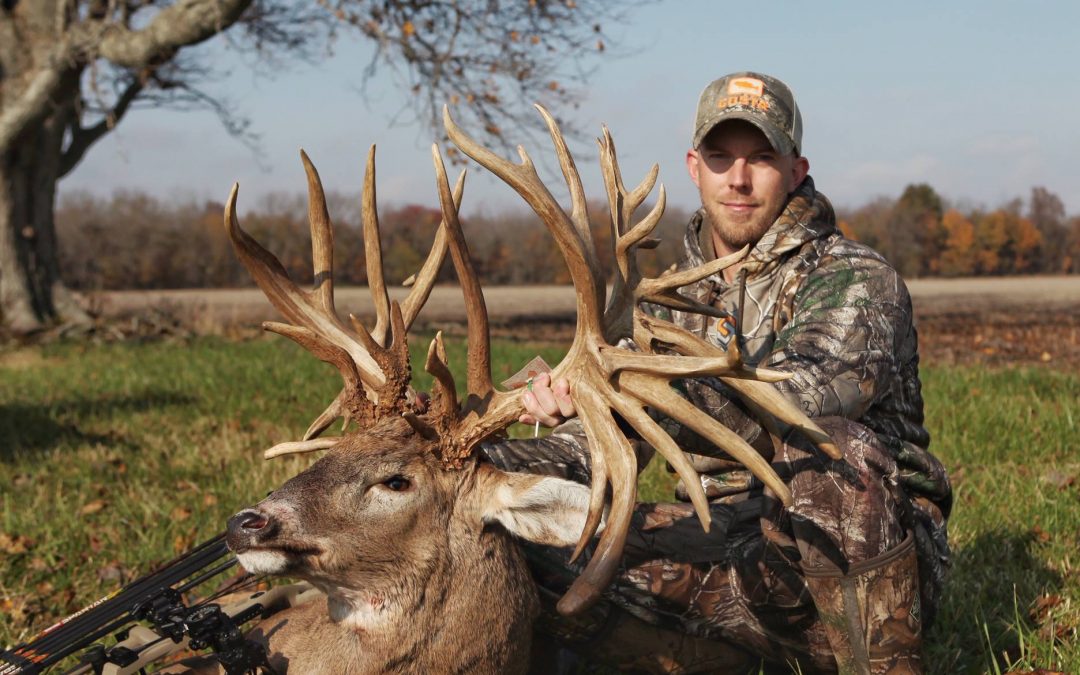 “The Brewster buck has been verified as the new Pope and Young World Record with a score of 327 7/8,” said Eli Randall, Director of Records for the Pope and Young Club. “The two panels consisted of seven measurers and was overseen by the Panel Chairman. This group represented over 217 years of combined measuring experience. After over eight hours, this incredible whitetails score became official. Congratulations to Luke and the Illinois Department of Natural Resources for practicing sound wildlife management.”

“I headed to Omaha with a good feeling but still a tad nervous on how the scorers were going to make calls,” said Luke Brewster. “I knew it was scored very conservatively on the initial entry form by measurer Tim Walmsley, but you never know. After a day and a half of waiting in anticipation, Eli Randall informed me of the new panel verified score. I was sent into shock once again as the score increased 7 2/8” from the original entry. Unbelievable. All I can say is that I’m very blessed.”

“Congratulations to Luke Brewster on the largest hunter taken whitetail in history,” said Justin Spring, Director of Big Game Records for Boone & Crockett. “All hunter conservationists should take great pride in the fact that in the face of the challenges to our wildlife, we continue to see more robust populations than ever before, thanks to the North American model. There couldn’t be a more deserving hunter to be attached to the Brewster buck, which is now an iconic legacy of whitetail deer in North America.”

This incredible animal has been entered into the 32nd Recording Period–the biennium representing entries accepted into the P&Y Records Program from January 1, 2019, to December 31, 2021. At the close of every biennial recording period, numerical awards and honorable mentions are awarded to the most outstanding bow-harvested animals in each species category that have been entered during this two-year recording period. New world’s records are verified and proclaimed, and awards are presented to these outstanding animals during the Pope and Young Club’s biennial convention and awards banquet.