The Science of Scents: How Well Can Deer Smell? 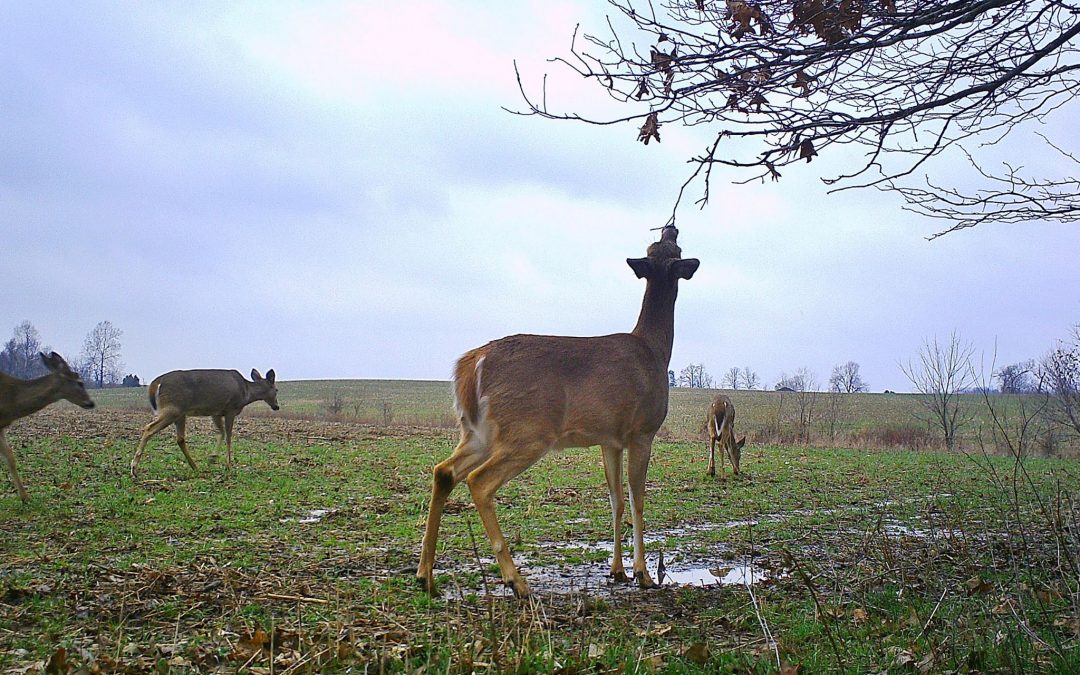 The sense of smell among members of the deer family is legendary. In fact, it’s hard for humans to grasp. But recent research into the sense of smell of elk and whitetails finally puts some numbers to it.

I was aroused from my calm, patient state by a flicker of movement to my right. I slowly turned my head and saw a buck approaching at a slow walk. Suddenly at full alert, I started looking for an opportunity to get my bow off the hanger as the mature buck closed the distance. When he stopped and looked away, I got my bow in hand and ready to draw. This buck was really nice, and my heart began to pound.

When the buck was 15 yards away, he stopped and froze. His demeanor changed as he dropped his head to the ground and sniffed the trail in front of him. In an instant, he had gone from relaxed to tense. He paused for a few seconds and then took three steps backwards before turning, lowering his head, and disappearing into the forest. 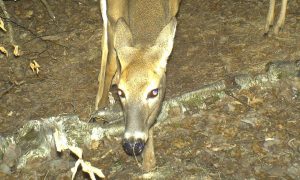 The ability of a deer to smell danger is legendary, and it stands at a level that we humans cannot even comprehend. It is so far above our ability to smell, it’s hard to get a grasp on what their world must be like each day as they interpret the world around them with their nose.

Fortunately, we know a lot more than ever about how deer smell. Let’s take a look at four things that give members of the deer family their amazing ability to smell what’s around them.

Members of the deer family and predators need their sense of smell to survive, so they are equipped with far more olfactory receptors than those animals that do not rely on their sense of smell. The long snout creates more room for special nerve cells that receive and interpret smells. It’s estimated that humans have about 5 million of these olfactory receptors, while members of the deer family, including elk and moose, have about 300 million. Bloodhounds have about 220 million.

Members of the deer family have something else going for them. Some of these olfactory receptors are specialized for certain scents. For example, research has shown that elk have certain sensory cells that are tuned into the chemical signature of wolf feces. It stands to reason that deer do as well. There is no scientific research to back it up, but whitetail deer may have receptors that specifically recognize the chemical signature of the bacteria that create human scent.

Deer also have a vomeronasal organ (Jacobson’s Organ) on the roof of their mouth that adds another dimension to their ability to smell. This organ actually allows them to smell particles in the air that comes through their mouth.

The area of the brain dedicated to interpreting scent is larger in deer than in humans. The drawing of air across all those receptors in the snout sends signals to the primary olfactory cortex, which is in the temporal lobe of the brain.

Because this part of the brain is larger in animals that use their nose for survival, this creates an ability to interpret the smells that’s added to their ability to pick up all those smells with those 300-million receptors. This would suggest that using a cover scent of any kind would be futile, because a deer can simply sort the smells out. A hunter using deer urine to cover his scent smells like a hunter and deer urine to a deer, not just one or the other.

While cover scents have little effectiveness, the ability to reduce human scent with antibacterial soaps, detergents and sprays, anti-microbial Scent Killer, and carbon is proven science. The science of the deer’s smell would suggest that reducing human odor is worth the trouble, attempting to cover it up is not.

Members of the deer family also have broader lateral nostrils which allow them to detect smells directionally. Moose have the most pronounced application of this. This allows the animals to determine the direction of the source of the smell more readily. This is called “stereo olfaction,” and it allows members of the deer family to more quickly determine the source of danger. 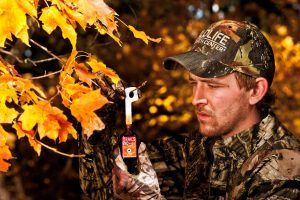 You may have noticed a deer raise its head as it is smelling the air. The deer is flaring its nostrils while drawing air across the olfactory receptors in its snout. The animal can quickly determine what it’s smelling and the direction it’s coming from.

They Live by Their Nose

The fourth thing that helps members of the deer family survive is simply an increased awareness of the smells around them. We humans might not pay much attention to the scents coming in through our nose until it overpowers our other senses. We don’t think about smells much; until someone hands you a child with a dirty diaper, or you walk into a restaurant where they are frying bacon.

Contrast that to the life of a deer, which is focused on the smells coming through the nose 24-7. The other four senses take a back seat to the importance of smell in their everyday lives. We humans can increase our awareness of the smells around us just by paying attention to them. Have you ever smelled a rutted up buck before you saw him? How about a herd of elk? Using our ability to smell what’s around us is a skill that can be developed. After all, we are predators at heart.