How to smoke a venison ham 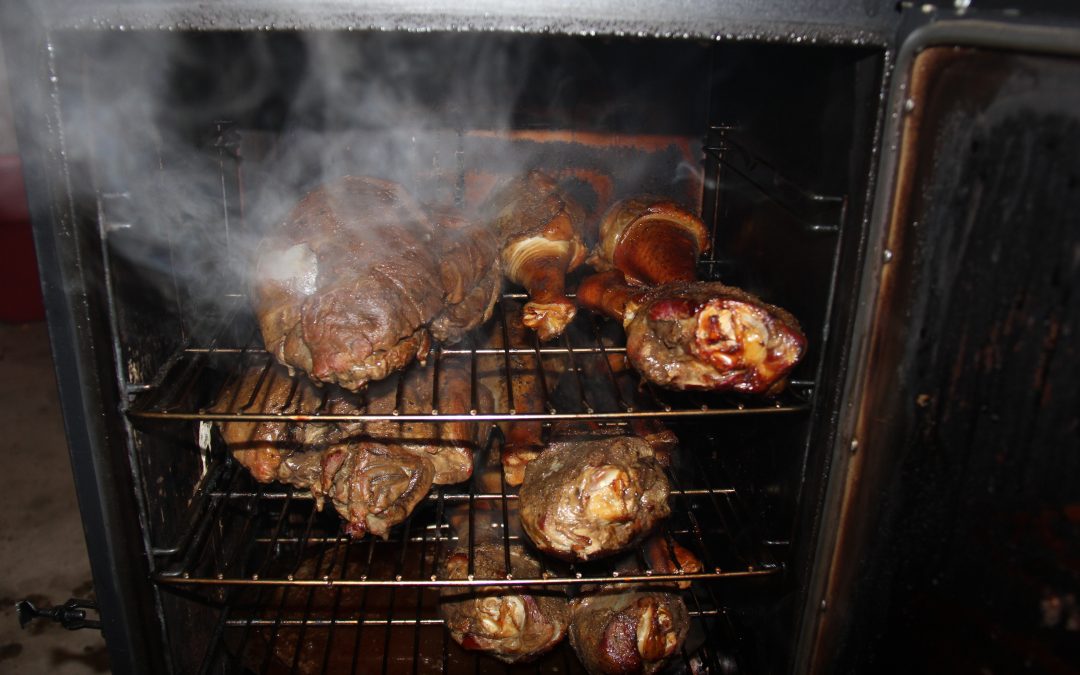 This not just another venison recipe, it’s a new way to look at cooking an entire hindquarter of venison. Check it out.

My wife shot a young doe and the tender meat had me looking for something new to try with the venison. A trophy is in the eye of the beholder and this deer was a trophy for the two of us, but it left me with some decisions to make. We eat a lot of wild game at our house, in fact, our five kids grew up on it. I am always trying something new and experimenting because to me that’s part of the thrill of the harvest. I usually make the hindquarters of deer into roast to be cooked in the slow-cooker. They are mouthwatering and tasty the way I make them.

The hindquarters of a young deer like this one are tender and I often make them into steaks, because half of them are too small for a roast and the entire “ham” makes a mighty big roast. Six pounds of roast is more than we need at this point in our life. So I decided to try something new this time; smoke the entire ham.

I would have to experiment with the amount of heat and time since I had never done this before. I also like to have the smoker full when I use it; since I wasn’t making any sausage out of this deer I got a dozen turkey legs (they are cheap and make a good lunch for me) and added them to the mix. 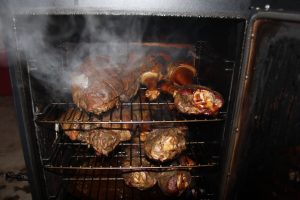 What I did was not a true ham. To make your venison into a true ham you would need to cure it for hours in a brine with salt, spices, pickling spices, etc.  which is a lot more time and work than I wanted to go into with this experiment. That process may be next on my list, and if you want to go that route there are plenty of online resources for curing a ham.

I coated the hams with salt and seasoning salt. I tend to use Lawry’s Seasoned Salt on most kinds of beef and venison when I am grilling, but when I am cooking pork I really prefer Johnny’s Seasoning Salt. I decided to use the Johnny’s with this project. As you can see by the video I was very generous with the salt and seasoning. Coat the meat really good inside and out. If you have a meat injector, use it!

I started the smoker at 155 degrees because I felt that’s the internal temperature I would want for the ham to be done. Because it was so cold in my unheated garage, it would have taken probably 12 hours to finish it at that temperature, and since I was planning to have it for supper, I cranked up the heat to 180 which got it done in 8 hours. If I had to do it again, I would start earlier in the day and go with the 12 hours at 155.

The project turned out fantastic. The ham is tender and has an amazing smoky flavor. It makes terrific sandwiches when sliced, and I have also just carved chunks from it and ate it like it was jerky although it is more tender than jerky.

I really encourage you hunters to try this on your venison. I think you will be happy with the results. I know I will definitely be doing it again. Watch the video below to see the visual of how I did this.