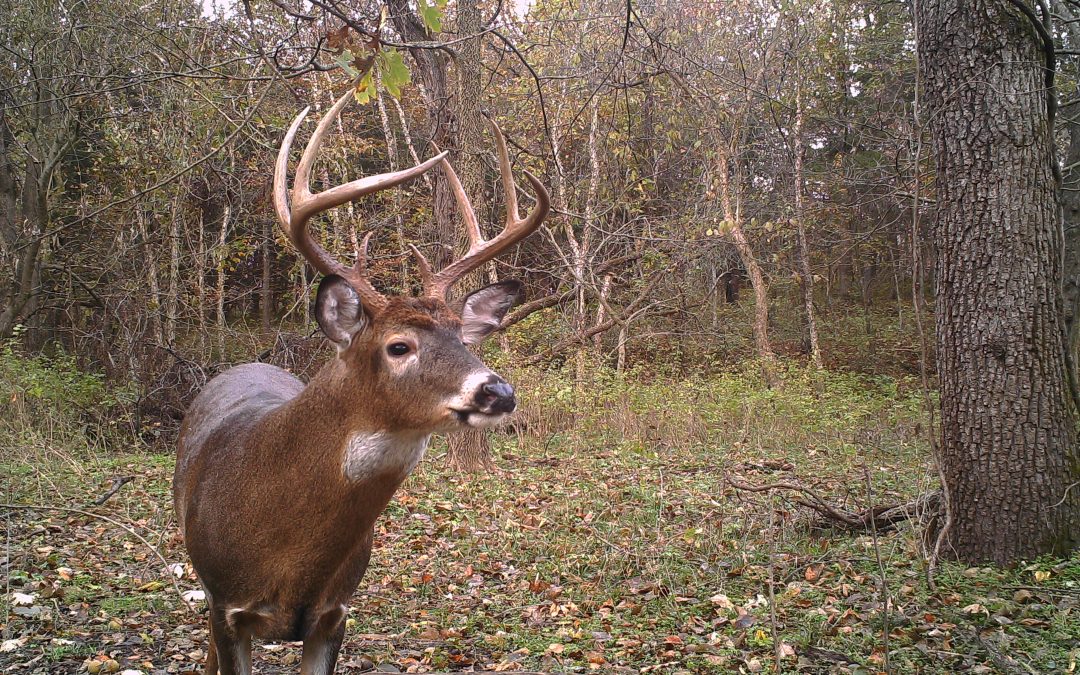 Possibly the most difficult decision a DIY bowhunter has to make during the course of a constantly changing season is whether to push on or to move on. Here are some tips for making the right decision.

I’d waited three years to draw this Iowa tag, so I was really torn when I received the news. It was October 31, 2013 and I had been in Iowa a few days; I was getting nice bucks from 140-160 on trail cameras. The daytime buck movement was just starting to heat up. So when my wife called and informed me that her mother had died, and the funeral would be on Saturday, my whole world was thrown into a tailspin.

“If you want me to come home, I will come, just say the word.” I meant those words when I said them, just as much as she meant the words she said to me when she told me to stay and hunt. I guess that’s part of why this marriage has lasted for 35 years.

This may be an extreme case, but you don’t have to find out a family member has passed away to be faced with what I believe is the most difficult choice in DIY hunting away from home: Should I stick it out a few more days or should I bail out on this plan and move on to potentially greener pastures?  In 20 plus DIY bowhunting road trips, I have been faced with that decision dozens of times, and often, I hate to admit it, I zigged when I should have zagged. 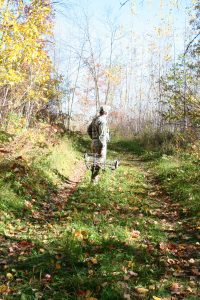 Most often when faced with this decision I am not looking at the option of just packing up to go home with my tail between my legs. I am more likely choosing whether or not to resort to a plan B that is already in place; a move to another hunting location that I have already researched.

Knowing when to hold ‘em and when to fold ‘em is a decision that can be different on every hunt and may change during any moment of any hunt. There are some basic guidelines I have learned to help me make the decision.

I left Kansas early one time because the November forecast was for several days with highs in the 80s with south winds. South winds were terrible for the stands I had in place, and try as I might, couldn’t seem to find good locations for that wind direction. I wasn’t seeing much buck movement during the day and with hot weather coming, I felt my chances were better elsewhere. I spent a sweaty day packing up all my gear and headed to North Dakota.

I arrived in North Dakota two days later during a blizzard. The trail cameras I’d left there earlier in the year showed great daytime movement and I started immediately seeing chasing activity at all times of the day. It was one time when I made the right choice.

Long stretches of rainy weather can influence you to move as well, and in some cases, extreme cold or wind could cause the deer to hole up for a few days. Keep an eye on the forecast and make the best decision you can with as much information as you can gather. 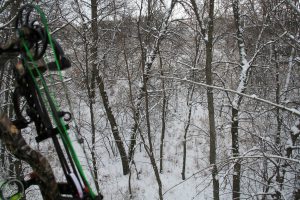 Today’s technology allows you to get an accurate long-term forecast at the touch of a finger. Radar shows what’s coming and when. Some good examples of excellent hunting weather apps are MyRadar, Accuweather, and Scoutlook Weather (my favorite).

I have been to places where I was getting more trail camera photos of other hunters than I was getting of shooter bucks. This is one of the unknowns that can’t be researched ahead of time. You can make calls to biologists and game wardens to get a feel for the hunting pressure you are likely to encounter, but their advice is nothing more than speculation and the reality might be quite different than they expected.

In one case I almost backed out of a plan because I was told the hunting pressure on an 800-acre piece of public land in Kansas was quite intense during the first week in November. I decided to go there and battle it out because the property was large and I figured I could snake my way into some deep piece of cover and find a buck. I hunted there a week and saw a total of three other bowhunters. I guess they have a little different idea of hunting pressure than I do.

One time I arrived in Missouri and found the parking lot of a public hunting area full with seven trucks. The license plates showed that these trucks were from five different states.

While these types of situations cannot be predicted, there is no excuse for finding yourself in a crowd due to other hunting seasons. Once again in Missouri, I awoke on a Saturday morning and went to my hunting area before daylight, surprised to see so much activity around me. A weekend youth hunting season opened up that day. I wasn’t caught off guard because I knew the season was opening that day, but I was unprepared for the amount of pressure a rifle season brings and I hadn’t chose my stand site accordingly. A little foresight would have helped me use the pressure to my advantage if I had planned ahead.

Once I had big plans to hunt a piece of property out of state and it was with great optimism that I had all my spots marked out on Google Earth for some boots-in-the-dirt scouting. I called the biologist a few days before leaving home to ask him some details about the kinds of crops that were planted in the food plots on this public hunting area. He told me that they were going to do a controlled burn on several hundred acres of switchgrass prairie on that property the day I was scheduled to arrive. I really had to put a plan B into place in a hurry that time. Sure glad I made that call. 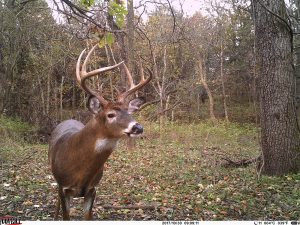 Sometimes a hunting area just goes dead for no apparent reason. I’ve seen it happen when coon hunters are working an area hard. The noise, scent and chaos of hounds running through an area during the night can move the bucks out for a few days. If you are not observant, you would never know that an army of people and hounds descended on your hunting area an hour after you got out of the stand in the evening. I have learned to look for clues in the parking areas to determine if there is a lot of activity going on when I’m not there.

You cannot have too much information and game cameras are a huge part of the decision making process when choosing if you should stick it out through tough times or bail out.  They will offer lots of info about not only deer movement, but hunting pressure and even the presence of predators. I’ve seen where a pack of coyotes were constantly working a bedding area and the deer just won’t put up with the harassment. Without trail cameras I wouldn’t have known what happened.

Deer patterns can change quickly when a crop field is harvested or, on an early season hunt, the acorns drop. Trail cameras will fill you in very quickly when things change.

Choosing when to hold ‘em and when to fold ‘em is often a tough call. Sometimes it’s obvious, but most often it’s a compilation of subtle clues that bring the question to the front. The best decision can be made by gathering as much information as you can, then make the decision based on all the factors.