The Deer Hunt from Hell 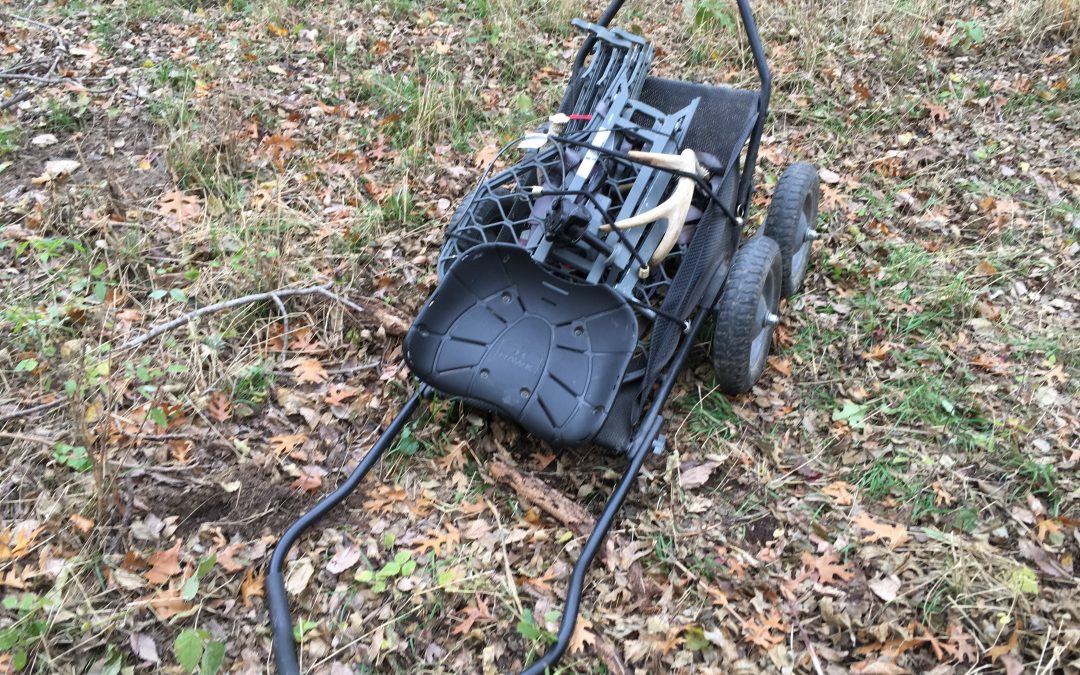 Sometimes things do not go as planned. I’ve taken dozens of bowhunting road trips over the past 25 years and there’s been some fantastic ones and a few I would like to forget. My 2018 hunt in Kansas is shaping up to be one for the record books as far as new lows are concerned.

Anticipation is a big part of the attraction for me. I analyze aerial photos, study anything I can get on the public land properties and talk to anyone in the area who will give me information. I shoot my bow every day and go over my gear, checking and packing everything. My enthusiasm was running especially high this year because I was going back to a large piece of public land in southeast Kansas that I have hunted many times. I have bagged some nice bucks on this property over the years and I have found a couple great spots for hunting during the rut.

In one of these spots I killed a 130-inch 8-point my last trip here in 2016. That was the third buck between 125 and 145 I have shot there in the past five years. It’s a natural funnel between a steep river bank and a steep bluff. It’s a mile and a half from the access point and I’ve only seen one other hunter in there over the years; and he was only there one day. It’s a lot of work to get there, but it’s a bottleneck that funnels deer travel into a very predictable area. This is the kind of place that makes you feel you just need to put in your time when the bucks are cruising and you’ll kill a nice buck there every year.

A couple weeks before I was to leave, I learned that the river was flooded out of its banks and almost the entire property was underwater. I watched the weather carefully over the next few days and by two days before I was to leave, a call to the KFWP property manager confirmed that the river was back to normal and he said the deer had moved back down along the river and it would be business as usual when I arrived on November 1. 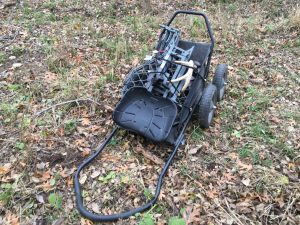 Hauling gear miles from the access points is made easier with a cart.

I made the 12-hour drive down and arrived just after dark and pulled into the motel I had used in the past. The motel looked strangely deserted, but I walked in and rang the bell at the front desk. The place had changed hands and the new owner was an Indian (the dot kind not the feathers kind) who didn’t speak English.

I tried to explain that I wanted room 151 because I could park my hunting trailer on the grass right beside the room and plug it in to electricity, so I would have lights and get my chest freezer running. Finally, by pointing at the motel layout diagram on the desk, I got point across and paid the one-week rate.

Soon as I got into the room it became clear that the new owners didn’t consider cleanliness a high priority. I kicked a couple dead crickets into the corner and began unloading my clothing, gear and food for the week. The bathroom wasn’t very clean and the room had a musty smell as if it hadn’t been used in a long, long time. There was a mouthful of toothpaste in the sink that had been deposited by a previous occupant and it had been there long enough to become fossilized. I ran the sink full of water to start soaking on that.

I started an ozone generator to work on the smell and sprayed down the bedding and curtains with Scent Killer. I settled down in front of a football game on TV and within a couple hours the room had started to smell better. A pickup pulled up outside and a guy went into the room right next to me. That’s interesting, there are 40 empty rooms and the owner decides to put this guy right beside me. No big deal though, right?

I had just dozed off when I was awakened as the prostitute showed up next door. The thin walls left little to the imagination as I tried desperately to ignore the noises and go back to sleep. But two hours later it was 1:00 a.m. and I was staring at the ceiling pondering two questions: “How much does it cost to make a middle-aged fat guy squeal like a little girl?” And “How long can they keep going?”

Finally they wrapped it up and the argument started. Seems she doesn’t take credit cards. After some yelling, she left. I had finally just drifted off to sleep again when she came back. More arguing.

Despite all that, I was out the door before daylight. My first morning after arrival, I like to drive the back roads around the property, glassing for deer to get a feel for what the rutting activity looks like and gauge the number of trucks in the parking areas. I didn’t see a single deer over the next couple hours, but I did see an unusual number of trucks for a weekday morning. But several were from out of state. New York, North Carolina. I walked into some areas I had scouted in the past and discovered a shocking lack of deer sign in areas that are normally really good. No rubs. Hardly any scrapes. Hardly a fresh track in any of the trails. Still I put out a couple trail cameras.

I headed back to the motel to change clothes before making the long march back into my favorite funnel for an evening hang and hunt. When I opened the motel door, I was hit in the face with a strong smell of perfume. Seems the maid had been there and didn’t like the musty smell so she hosed down the entire room with some kind of a super strong smelling something or other. It was overpowering.

The worst of it seemed to be coming from the bed so I pulled the bedspread outside and hung it over the hood of my pickup to air out. I left the door wide open and turned on the bathroom fan, which I have kept running now for the entire three days I have been here. I still cannot get the smell out of my clothes, I smell it in my pickup and I can smell it on me when I am in the treestand.

That afternoon with great anticipation, I made the long walk back to the honey hole bottleneck, hauling all my gear and when I got there I was met with yet another shock. There was a treestand in the very tree I had shot my buck out of on my last trip here. But that wasn’t the worst part; the hunter had completely cleared out everything around the treestand. It looked like he cut his shooting lanes with a bulldozer and a chainsaw. He had cut just about every branch and tree around the stand. He had dropped a half-dozen 20-25 foot tall trees! The devastation was eye-popping. I could see that he was coming down the river by boat and walking right across the trails that lead through the bottleneck. There’s no way any mature deer are going to tolerate that kind of disturbance. 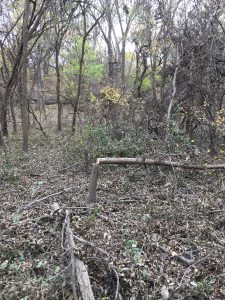 I walked about 100 yards to the north and right up against the fence to private land found a couple fresh scrapes and one small rub, the best sign I had seen all day, despite nearly five miles of walking. So I found a suitable tree and set up. I did not see a deer that night. Or the next day. Or the next.

I have now been here three days, hunting hard in several locations, and I have yet to see even one single deer. According to the app on my phone I have averaged walking six miles per day. I have several trail cameras out and the grand total of animals I have on camera are one doe, one fawn, two coons and an armadillo. My cell phone scouting cameras have not been sending me many photos.

It’s become obvious that this is a lost cause, so while in the stand I decided to look at my phone and try to see if there were any out-of-the way public properties in the two zones my tag was good for. My phone said the Verizon data network was down so I couldn’t use internet. Well, no wonder my cell cams have not been working.

At dark I made the long march back to my truck once again; looking forward to going online to really look for other options in hopes of avoiding a total washout for this hunt. But when I got back to the “room of perfume,” I discovered that the wifi router was broken.

I had surgery on my left knee four years ago and it’s been pretty good, but for some reason, it decided to choose today to really go haywire. It’s really complaining at me right now. I’m trying to keep a positive attitude and make something happen, but it’s getting more difficult by the minute. I’ve got a trailer full of hunting gear sitting outside this motel door and if someone offered me a dollar for it I might just take it.

But tomorrow’s another day and I’ll be back at it.