Get in, Get up and Get a Big Buck 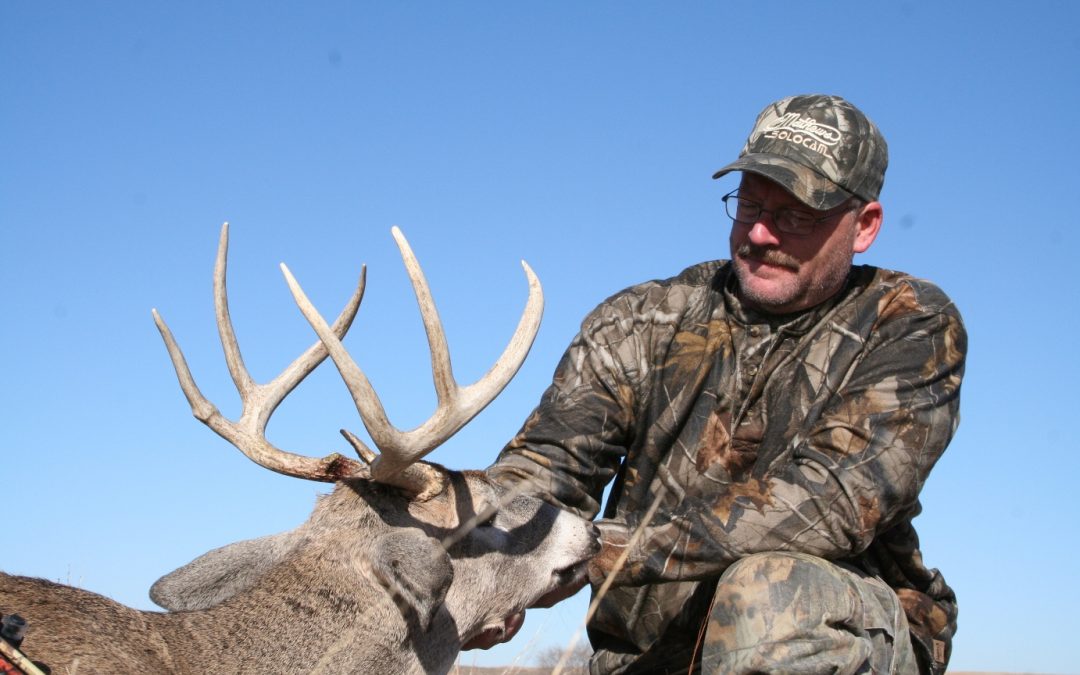 If you have hunted during the rut for very long, you have probably been in one of those situations where you are right in the middle of the rutting action. Bucks chasing does all around you, grunting, fighting, you know the drill. It is one of the things we hunters all live for; to be right smack in the thick of it when a hot doe is right around your stand and the bucks are going bonkers. You’ve probably been there at one time or another.

I’ll bet you didn’t screw it up as bad as I did.

The first time it happened to me I learned a very important lesson. Here’s my sad tale: I had been sitting in a tree in what I thought was a great funnel since daylight and it was nearing noon. I was getting hungry and drowsy so I decided to head back home to get something to eat, take a nap for 2-3 hours; then come back out for a couple hours in the evening. Suddenly, the crunching of dry leaves under the hooves of a deer signaled that something was bearing down on me. A big doe came by at a trot, head hanging, tongue lolling about. I knew what that meant. I grabbed my bow off the hanger. Within 60 seconds, there were four bucks chasing that doe all around me. Two of them were yearlings, and two were 2 1/2-year old 8-pointers. I watched with amusement for a few minutes as they dogged the doe all over and then I sat back down as they headed over the hill and out of sight.

Within 15 minutes, my growling stomach got the best of me and I began to climb down. I left everything in the tree so I didn’t have to carry it out and then back in with me a couple hours later.  About halfway down the tree, I heard the familiar hoof-beats again. But this time I was shocked to see a 160-class 10-pointer make a few circles through the area with his nose to the ground before disappearing over the hill in the direction the doe left. I clung to the climbing sticks with the most horrible sinking feeling in my gut you can imagine. I’d had a terrific buck 10 yards from my tree no less than three times and there was nothing I could do about it. Nothing of course, other than resolve to never to let that happen again.

They say lessons learned the hard way are lessons learned well. I learned some painful lessons from that experience; lessons that I have used to create some strategies that you too can use to bag a big buck during the peak of the rut.

You probably think I am going to say, “Stay in your treestand.” And in fact if you happen to find yourself in the middle of some chasing activity like I described, then staying in your treestand is good advice. But why wait to get lucky and hope to get in the middle of chasing action? Can you go to the chasing location and get a piece of the action? I say yes, and here’s how. 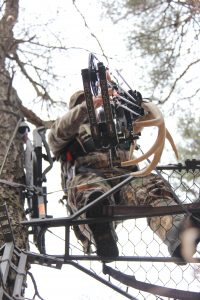 If you pay attention, you will find that these rutting areas become somewhat predictable. They are usually near bedding areas and occur often in more open timber or the edges of fields. I theorize that cruising bucks tend to travel downwind of known bedding areas to check for does that are coming into heat. If they get a sniff of something that gives them a tingle, they move into the bedding area and get the does on their feet. Any doe that seems close to breeding is going to be chased relentlessly from that point until the actual breeding occurs.

Bucks tend to push these does toward more open areas where they can keep an eye on them and defend them from subordinate bucks. This makes them more visible than at any other time of the year. This window of opportunity usually lasts only a week to at most 10 days each year, but we all know how exciting hunting at this time can be.

Get to know the bedding areas well before the rut starts. Keep a log of them and also look for observation points where these areas can be viewed from a distance.  Use aerial photography such as Google Earth to identify good rutting areas. Go check them out ahead of time and make note of each of the areas that look good.

When the rut kicks into high gear, go park yourself in one of these observation areas and with some good glass, carefully pick it apart. Good binoculars are important, and if you can watch the areas from your vehicle, nothing beats a good spotting scope with a window mount. The key is to be ready for action when you see chasing. You want to be able to grab your stuff and go within seconds.

Once you find the deer, you are going to grab a minimum of equipment. A treestand, your weapon, a haul rope, and a grunt call in your pocket are the only things you need. You will see the deer chasing and you must carefully watch their behavior and their exact routes through the area. The hot doe’s scent is going to linger for a few hours and you want to take advantage of her travel patterns so focus on her route. If she runs along a creek bank or fencerow, take note of it. Where does she circle and dodge. Pay attention to specific features that help you remember the key areas. Count fenceposts or note a fallen log. Things can look different from a distance, especially through binoculars so use at least two points of reference. 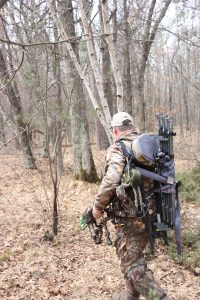 Over time you will learn the kinds of terrain they like to use for this and you can predict where they will come back. If there is a bowl-like depression of a couple acres in a section of open timber, it can be a good rutting area year after year. A corner of a harvest crop field with thick cover on two sides is dynamite. Keep in mind that for the best rutting areas, there will normally be a bedding area nearby.

Often you may only see small bits of evidence rather than a full-out chase going on. Many times you will see a doe standing alone, panting. Chances are there are bucks watching her from the nearby cover. Possibly you will just see a couple yearling bucks running around with their nose to the ground. An orphaned fawn by itself is an indicator that its mother is preoccupied.

Once you have established that there is rutting action going on, you need to move quickly. Most of the time it is best to move in behind them, and that is what I concentrate on. On rare occasions I have been able to predict where they are going and get in ahead of them. But that is a real longshot so I generally focus my attention to the known factors, such as all the doe-in-heat scent that was just left in an area, and distinct travel lanes through the location.

I have used a light treestand and a pocket full of screw-in tree steps to quickly get in a tree in the area, but now I use a climber almost exclusively because it is much faster. By now you have chosen the best area and the deer have disappeared over the hill or out of sight. You must get in and get up fast and I mean run if you have to. They may be back in an hour or they may be back in five minutes. The faster you can be ready to shoot, the better off you are. Don’t worry about the sounds you are making, other than to avoid metal clanking of any sort. It goes against your judgment at first to go crashing through the woods running on dry leaves, but the deer are doing the same thing and they won’t notice your commotion.

Give it a Chance to Work

This tactic probably seems like a longshot and at times it is, but keep in mind that good rutting areas are used year after year, and the deer will be chasing for hours. They may be a half mile away by the time you get set up, but they might be on their way back to you. You just never know. I have seen them come back through often enough to have a lot of confidence in this strategy. You also have the confidence that you are sitting in a good spot that is saturated with the sweet smell of estrus. That doe has left a trail to you that can be followed by any buck for quite a long time.

The buck you shoot may be one of the ones that was chasing the doe you saw, or it may be another buck entirely that has not even made an appearance in the area, but is following with his nose to the ground. That’s the buck that will be attracted to rattling or calling. If you have been set up for an hour or so and haven’t seen any action, it’s time to add to the olfactory enticement with some sound. That’s where the grunt call and rattling antlers comes in.

This year, when the rut nears its peak and the chasing begins, consider going to them rather than waiting long hours for them to come to you. Plan ahead to pinpoint those key rutting areas, plan your strategy, be mobile and move quickly; then move in for the kill.