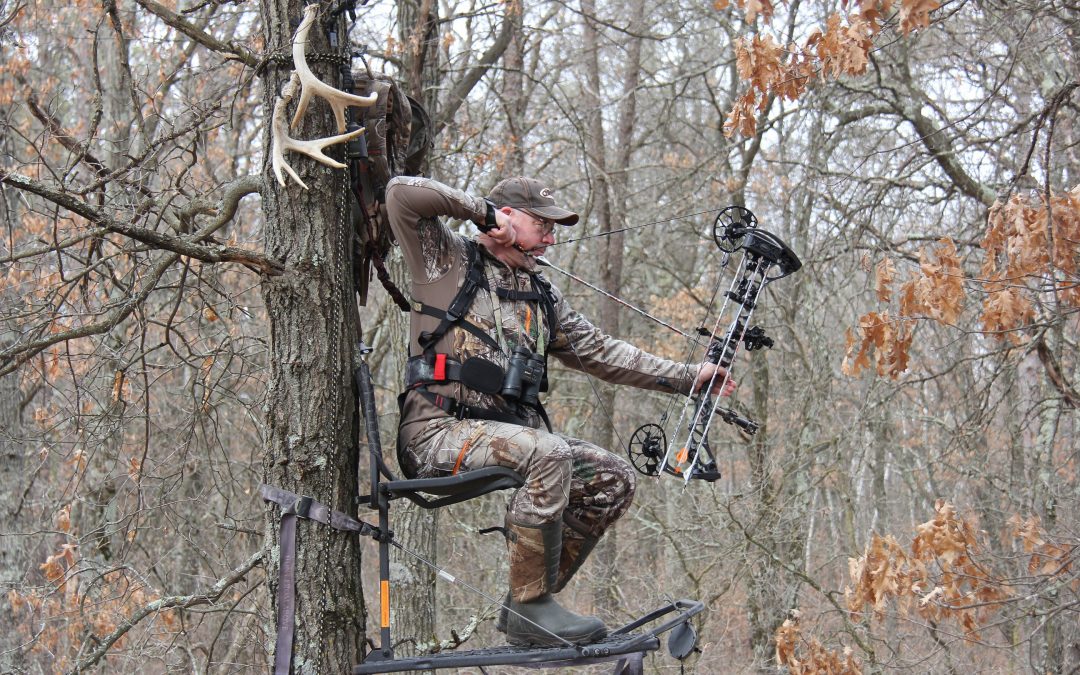 As a travelling DIY hunter, I am always in search of the next mature buck, no matter where he lives. That has taken me to several states all through the hunting season, from opening day till the final days of the season in a state far from home. But there is one thing for sure, you will find me in one of a handful of places during the first two weeks of November.

Because you are reading this, I do not have to explain the lure of the rut to both hunter and hunted. Sitting in a great spot with confidence boiling over, knowing that at any moment, a rut crazed buck may trot right up to me with tongue hanging out, is a heart-quickening passion that I don’t expect to be fully satiated at any point in the foreseeable future.

I could easily list two dozen great places to spend your hard-earned vacation during Sweet November, but I have narrowed it down to my top five in no particular order. If you choose one of these areas, you may just run into me out there somewhere during November. I’ll be the guy with the glassy look in his eye, hustling towards the next rendezvous with destiny; acting like the clock is ticking way too fast on that special time of the year. Because it is. 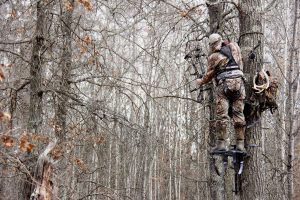 This would not be on the top five-list of very many whitetail hunters, but that’s one of the things that makes it so good. There are tens of thousands of acres of public hunting land along each side of the Missouri River system from The Sakakawea dam to Bismarck. I have literally hunted it hard for an entire week without seeing another bowhunter.

Oh, there are other hunters out and about, you will recognize them by the shotguns and the long pheasant tail feathers poking out of their vest pockets. The whitetail habitat is scattered, but once you find it, you will be surprised at the number and quality of bucks that use it.

Don’t take a climbing stand. The tree you want to be in is likely to be a 200-year-old cottonwood as big around as a VW or a snarly willow. Ladders and ground blinds will give you more options. Deer numbers are low, but slowly recovering after some bouts with disease and a couple rough winters. When the population is back I’ll be back there too. Tags are available over the counter.

The northern two tiers of counties along Iowa’s border offer a mixed bag of positives and negatives. There is abundant public land available; the Missouri Dept. of Conservation takes good care of it, planting food plots and managing it well. Disease has knocked the population down recently, but good bucks are still available.  You can camp for free in the parking lots of the various hunting areas, in fact some have pit toilets, campfire rings and picnic tables. Good bucks are available, with a realistic chance to see a real eye popper, but just about everyone knows about it. 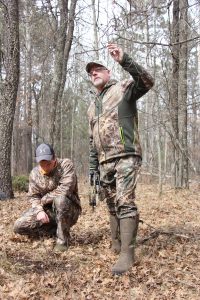 The areas near the access points get hunted hard, and there are enough hard-working hunters willing to go the extra mile that even the back-in hollows and ridges see some foot traffic and the occasional treestand. But the bucks are there and they are found in numbers and size enough to make it worthwhile to elbow yourself right in with the rest.

A couple times to avoid are the  youth rifle season which adds a lot of pressure to the public areas, and the opening week of rifle season which usually falls around the middle of the month. Over-the-counter tags are a bargain at $225, which allows you to shoot two deer and two turkeys.

Just a quick look through the Boone & Crockett record book will tell you all you need to know about this area. It’s world class when it comes to producing top end bucks. While most of the other areas in my top five offer a realistic chance to shoot a mature buck better than you can probably shoot at home, this area offers you a chance to find the photo of a Booner on your scouting camera SD card.

There is a good representation of public hunting land, but even better, there is a lot of land enrolled in the Walk in Hunting Access (WIHA) program. It’s surprising the quality of land that local farmers have opened to public hunting, and it doesn’t get the hunting pressure that’s found on state or federal public land. You must apply for a deer tag in Kansas, but you will draw every other year, and maybe the first year. 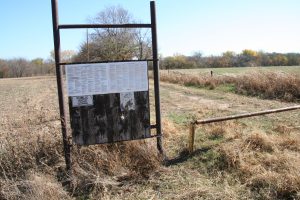 I have been lucky in Iowa. I have drawn an archery tag for the top zones with only two preference points five straight times. I have hunted Iowa every third year since I started applying. Lately it has taken three points in that area. Many hunters wait longer, but three to four points will almost guarantee you a tag. Iowa is land of the giants and there’s a long line to take part in the rut there.

The southern portion of the state separated by interstate 80 is where the big bucks are consistently found. There are pockets all over the state that produce world-class whitetails, notably the northeast corner of the state, but for my money, I want to be south of I-80 and most of the time, east of I-35. Because the state limits the number of nonresident tags to 6,000 the public land is not by any means overrun with nonresident hunters.

You will find some hunting pressure from both resident and nonresident hunters on the state and federal public land. The state land is often broken up into small parcels, but the Federal land mostly surrounds the large reservoirs and the banks of the Mississippi River. If you do your research, are willing to grind out some long walks, and have some backup areas, you can put yourself in position to take home a buck that will make your in-laws do a double take when they see it on your wall. Iowa is proud of their deer hunting and the license fees show it. With all fees including preference points, it will set you back $650-$700 all told.

Here’s another surprise to many people. There are huge acreages of public hunting land in Southeast Ohio. Some of the forests are large enough that few people ever see the interior of them despite the fact that hunting pressure can be very high. That may lead you to believe that the biggest bucks are found miles from the road.

That would be only partially true, but your best bet may be to get along the edges of the public land where it meets the crop fields. This may require a long walk if you cannot find a landowner to give you permission to cross their fence. But it will be worth it. This part of Ohio consistently produces numbers of Pope & Young bucks and enough Booners to keep you on the edge of your seat during long hours in the treestand. Tags are available over the counter at license vendors for only $149.

As I mentioned earlier, this is by no means a complete list, but if you are considering an out-of-state DIY hunt, these five are excellent starting points.