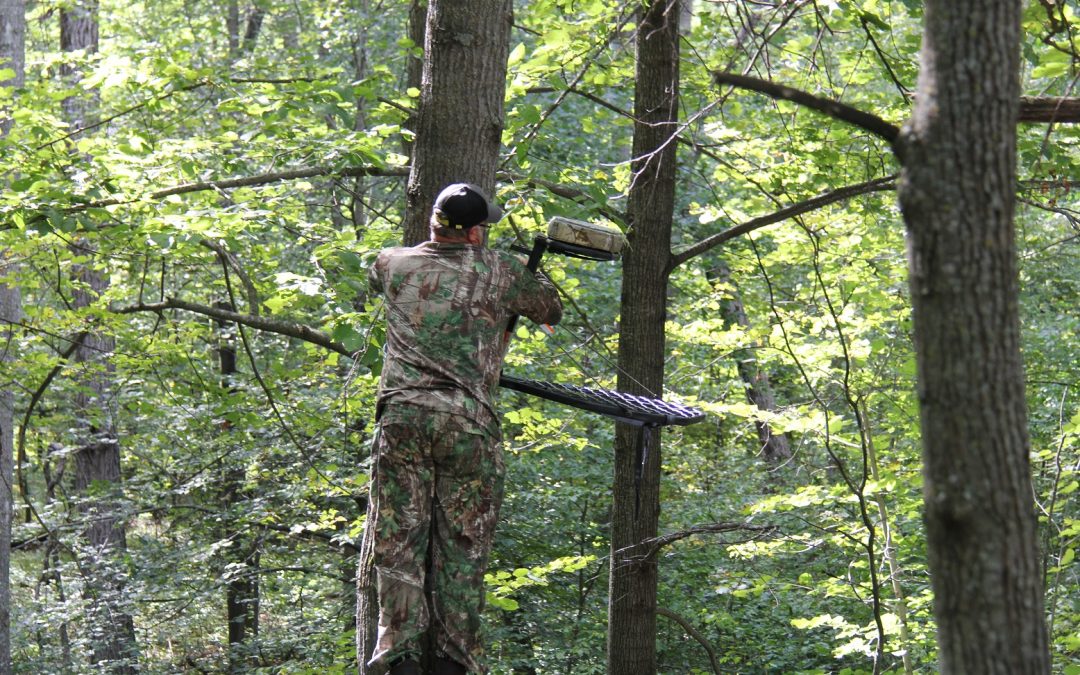 Archery seasons open across North America during the month of September. As soon as the velvet comes off the antlers, change is underway. To capitalize on the opportunities at this time of the year, you must strike fast and hunt aggressively.

I had about a 10-year stretch during the late 1980’s and early 1990’s where I had patterned bucks prior to the Iowa archery season and I was certain I would shoot one on opening day, which fell on October 1 each year. I started watching these bucks in late August as they would come out in the open soybean or alfalfa fields each evening. I would watch them through the month of September and found the consistency of their movements became more erratic as the month of September wore on, yet I went into opening day with a feeling that I had a real chance of arrowing one of these bucks at the opening bell.

I never did. In the past couple decades, I have learned about some of the things I did wrong back in that time period. I now think I could have done a better job, especially since we now have the advantage of scouting cameras, but patterning a buck during August and early September is one thing, shooting that buck on the first of October is another. 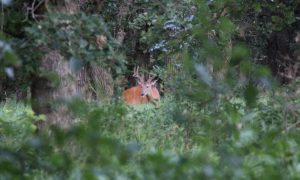 There are better options. Across the Midwest, and western US, whitetail archery seasons open on or about September 1. I now travel to states that offer a much better chance of shooting a buck on these early openers. Now living in Minnesota, I have a much better opportunity to shoot a buck early in the season which starts in mid-September. States with these early archery openers offer excellent chances to bag an early season buck if you are willing to hunt very aggressively and strike fast when you see an opportunity. By late September, the odds are stacked against you. I believe there are three reasons why you must act fast if you are to take home an early season buck. Let me explain.

In August, bachelor groups of 3-8 bucks of various ages are visible in the evenings and because they are totally unpressured, they don’t seem to mind they are being watched. They use consistent patterns to enter the fields well before dark. They aren’t pressured by hunters and have lots of eyes, noses and ears to rely on, so the living is easy.

The first week of September brings change as the velvet falls off. I have seen bucks lose all their velvet in a few hours and in one case, I watched a large buck thrash a bush for 15 minutes on September 4, going from full velvet to hard antler in that short period of time. Testosterone is beginning to surge and those bachelor groups begin to disband. By the middle of September, most bucks are alone and becoming more and more reclusive, so there is a two-week period of opportunity each year in states with early archery seasons.

The Hunt is on

Mature bucks, in particular, are very good at figuring out when they are being hunted. The see branches trimmed along their trails, they smell human intrusion and they have a sense that they have been through these negative experiences before. They just seem to know that they are being pursued and they react accordingly. Daylight hours are getting shorter and they are less likely to enter open areas before full dark.

While you must be aggressive in your attack of these bucks, you cannot ignore good woodsmanship. One of the mistakes I made back in those early years was going out to the stand which I felt held the most promise no matter what the wind and weather conditions. I feel you are much better off to hunt a particular buck when the conditions are right, even if you have to wait a few days into the season to make your move on that particular buck. Have a stand for more than one wind direction so you can hunt every day. 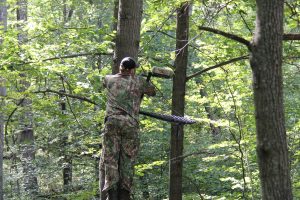 You have to act fast and strike when the conditions are right for any particular buck for which you have some information about his daily movement patterns. Drop what you are doing, take an afternoon off work, cancel an appointment, do whatever it takes. This window of opportunity is short and you must make the hunt a priority to capitalize on it.

Here in the upper Midwest, crops are rapidly changing during September. Soybeans are a preferred food in August, but by early September, they are mature and losing their appeal. Acorns are on the ground, further moving the bucks around. You arrive at a hunting location one day to find that lush alfalfa field you have been watching is suddenly mowed to stubble and the hay bales are being moved out of the field. Things are changing fast and patterns are falling apart. 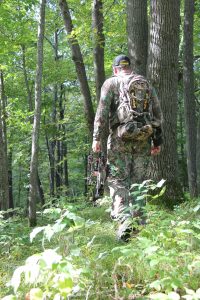 GPS tracking of whitetails have shown that bucks move to new areas during the month of September. They tend to have late summer home ranges and fall home ranges. That buck you saw a dozen times in one field may be setting up a new home a couple miles away two weeks later.

Successful early season bowhunting during the first couple weeks of September requires a sense of urgency. To put yourself within range of one of those bucks you watched in the late summer, you must devote a lot of energy and time to information gathering, then strike as soon as the opportunity presents itself. Things are in a state of flux and the consistency that gave you confidence earlier is falling apart by the day. Waiting just one day may one day too many.