The Business of Bear Bait 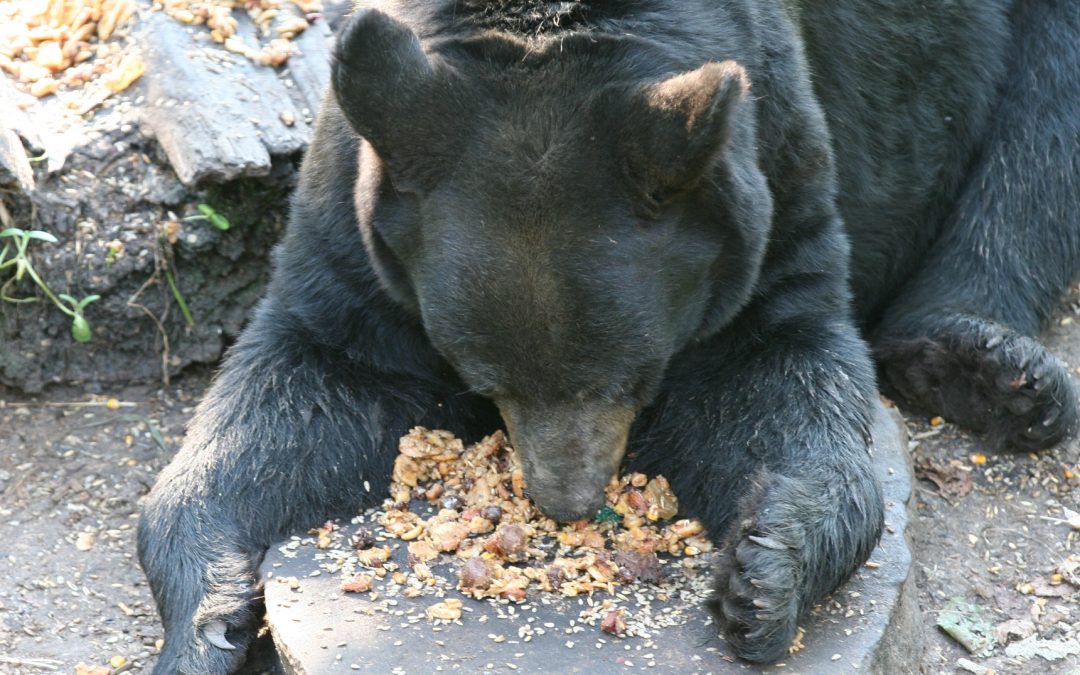 Thousands of bear hunters go to the woods each year in an attempt to attract a wary black bear to a bait site. Where do they get all those goodies? Here’s how one entrepreneur took the bear bait business to a whole new level.

Cory Carlson was a part of a group of eight bear hunters who hunted together each year near Aitkin, Minnesota. It was always a struggle to get enough bait, and Cory seemed to be the guy who was able to get the most bait. The other hunters often used up what he brought. He decided to buy a bunch of licorice and see if it would sell to bear hunters.

“I bought a trailer load of 10,000 pounds of licorice and parked it in my garage,” he remembers. I ran an ad in the local shopper and sold it all.” At that point he knew he was onto something. It was clear he could sell even larger quantities of bait if he could get it. He spent hours on the phone trying to find sources of items that would be good bear baits. “It took a lot of phone calls and a lot of internet surfing to find enough bait. There were a lot of dead ends.”

But his hard work and diligence paid off. Before long he had to put up a new building to hold all the bait he was selling. Bear hunters came from across Wisconsin and Minnesota to buy bait, outfitters from across the US and Canada started ordering it by the semi load and Cory went full time into the bear bait business. Today his wife Jen is also heavily involved in the business side of the endeavor. There’s a lot of work, red tape and headaches involved in shipping semi loads of food products across international borders. Cory and Jen work hard at what they do and it allows them to be around hunting and other hunters most every day, something they love. 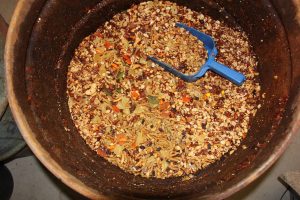 Cory’s company, Lucky 7 Bear Bait, ships dozens of semi loads of bait across North America during the spring and summer. On any given day, hunters back their pickups up to his building near Cambridge, Minnesota and load up the goodies for the bears. He sells about 3,000,000 pounds per year.

Trail mix is his best seller. It has all the things a bear loves: high carbohydrate nuts, dried fruits and berries and bits of candy. It’s very close to what the bears would naturally eat if they could find enough of it in the wild. The bears love trail mix and he has access to tons of it. You can buy it by the bucket, by the barrel or by the pallet. Other top sellers are granola, cookie dough, gummie bears, fruit snacks, licorice, frostings, caramel and fruit fillings. He avoids anything with pure, unprocessed dark chocolate because it can make the bears sick if they eat too much of it, but anything with milk chocolate mixed in is fine.

Bears are individuals and each bear seems to prefer certain things. Savvy bear hunters use a wide variety of baits to keep them coming back. The bear hunters are individuals too, says Cory, “One guy will come in and say the bears don’t like anything but black licorice while the next guy will come in and he only wants red licorice. Still another guy will tell me to give him a bunch of licorice and he doesn’t care what flavor it is. Then another guy will say that licorice doesn’t work at all.” Cory just sells them what they want. 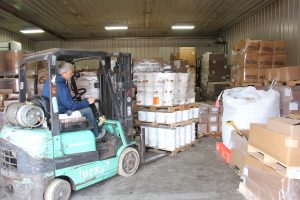 Where does a guy get three million pounds per year of these goodies? He gets it from several factories all across the US. Which factories and where they are located, is understandably a closely-guarded secret. Cory spent years developing his sources and he isn’t giving out any information other than to explain why it is available to his company.

He buys the products direct from the factories that produce them. Surprisingly, the products are not outdated or flawed in any way that would affect its taste or safety. There are factory closeouts which provide quantities. Much of it may be off-color or misshapen, other times someone may have added a little too much or too little of an ingredient and it all has to be disposed of. There are end-of-run and beginning-of-run products that need to be thrown out. At times an equipment breakdown can mean someone has to shovel several barrels of sweets out of a huge processing machine. Rather than throw it out, they ship it to Cory at Lucky 7 and the hunters turn it into bear meat and bear rugs.

One of the advantages of the hard work that goes into being at the top of the bear bait heap is the added opportunity to hunt. Cory and Jen have found that the connections they make with bear hunting outfitters have led them onto some really fun hunts. Cory also enjoys whitetail hunting in the fall as a way to relax when the business slows down as the bear seasons close.

Next time you pay the high price for a small package of trail mix, granola or nuts, think about Cory Carlson; he would be happy to sell you a 55-gallon drum of it for a fraction of the price.

For information on successful bear baiting strategies check out this book and DVD. 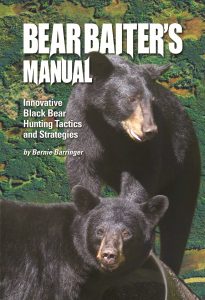 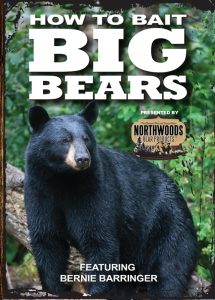