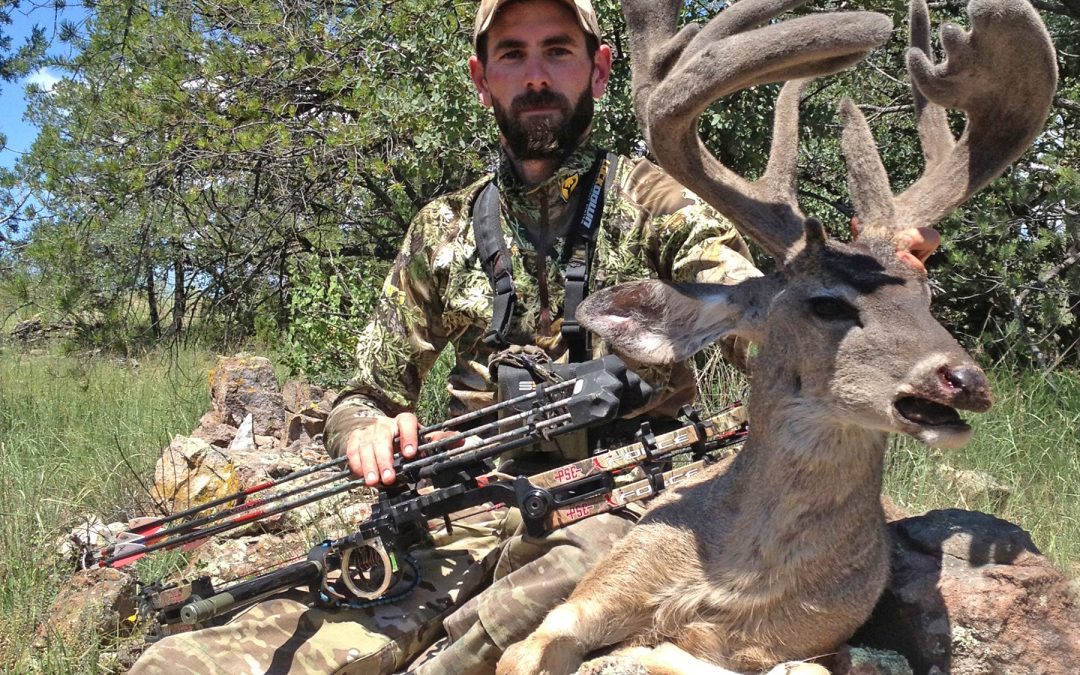 On May 19th, at a Cabela’s in Phoenix Arizona, Marvin Zieser, Corky Richardson, Roy Grace and Ed Fanchin convened a P&Y Special Panel of Judges to measure a non-typical Coues deer taken by Wesley Ely of Wilcox, Arizona. The deer was shot in August 2017 in velvet and stripped prior to the official measurement. The final score of 139 2/8 ties the existing P&Y World Record.

“It all began on a summer scouting trip in 2013 when I noticed a young buck with massive antlers,” stated Wesley. “I continued to scout and occasionally hunt the area while the buck kept getting bigger each year. After an unsuccessful 2017 early hunt, I decided to devote all of my time-off to find the buck’s summer habits. 16 days before opening day, I began to pattern this elusive animal. On opening day in the middle of public land, I couldn’t help but hope that I was the only person chasing this big Coues’ deer. I watched the buck through my binoculars for four hours that morning and waited until he bedded down for the day. After an hour hike into the canyon, I was looking at the biggest Coues’ buck I had ever seen. In a stalk that seemed like an eternity, I crept and crawled closer to this small-bodied giant. I took my time, carefully applying all the things I had learned for years on how to make a successful stalk. As I released the arrow, my heart filled with hope and anticipation! Shaking with excitement, I watched through binoculars as the buck, with a complete pass through, slowly disappeared over the hill. When I discovered the Coues’ buck I had been hunting for four years lying motionless, I was in complete awe. I sat silently for a few minutes; admiring this intelligent animal and reflecting on what a humbling challenge it had been to take such an incredible buck.” 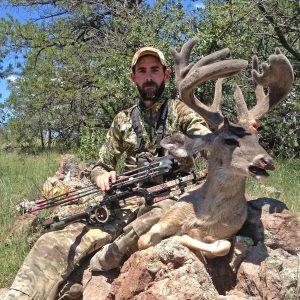 “It was a pleasure to be part of the special process of recognizing a Pope and Young Club World Record,” said Ed Fanchin, Records Chair for the Pope & Young Club. “This was an unusual set of antlers that challenged the judges, who are some of the most experienced in the Club. This incredible animal is a testament to sound wildlife management across North America. Congratulations to Wes.”

At the close of every biennial recording period, numerical awards and honorable mentions are awarded to the most outstanding bow-harvested animals in each species category entered during this two-year recording period. New World’s Records are recognized, and awards are presented to these exceptional animals during the Pope and Young Club’s Biennial Convention and Awards Banquet. Wesley’s Coues’ deer will be on display at the 31st Biennial Convention in Omaha, Nebraska April 10th – 13th, 2019. This is an official Pope and Young Club World Record of the 31st Recording Period and the second using a Special Panel of Judges.

The Pope and Young Club is a non-profit North American conservation and bowhunting organization dedicated to the promotion and protection of bowhunting by striving to increase awareness and appreciation of bowhunting foundations, principles and values. The Pope and Young Club is focused on Fair Chase hunting ethics that support the ethical pursuit of free-ranging, wild game animals without unfair advantage while promoting the conservation of both habitat and wildlife. The Club also maintains the universally recognized repository of records and statistics on North American big game animals harvested with a bow and arrow.