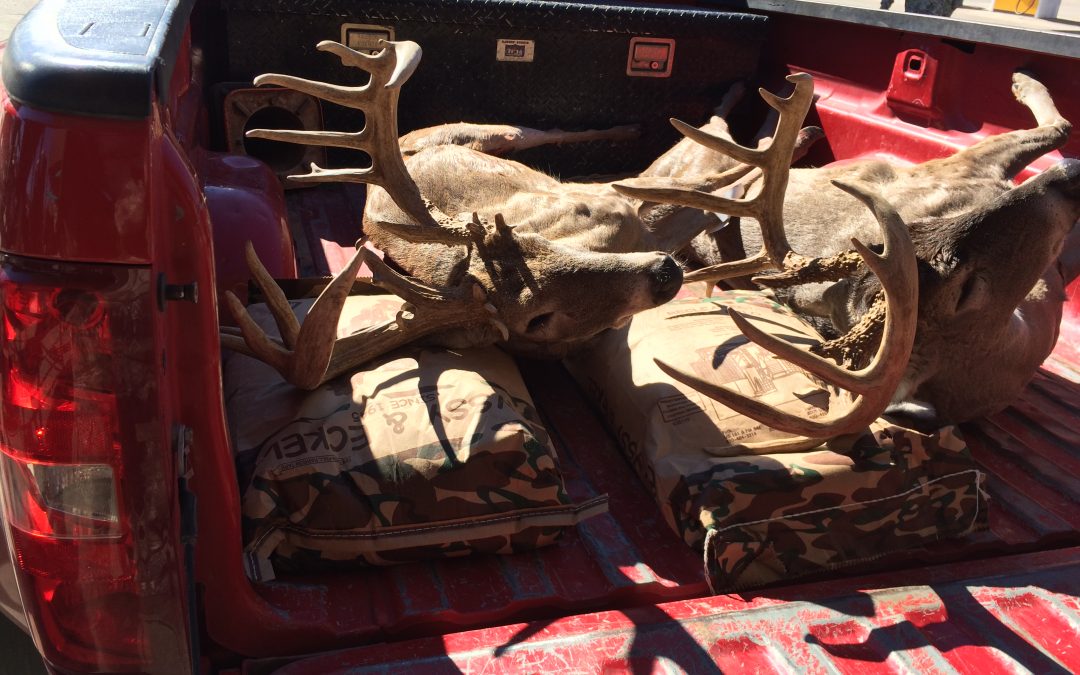 Likely the oldest and most respected big buck contest in the nation has been in operation for more than 50 years. This deer contest is a cultural icon in south Texas. But its humble beginnings will surprise you.

Leonel Garza is the son of immigrant workers who settled in south Texas. Soon after high school, Leonel went to work at the Center Circle Filling Station in the small town of Freer. It was 1965 and, at the time, no one had any idea that this self described grease monkey would put Freer, Texas on the map when it comes to deer hunting. 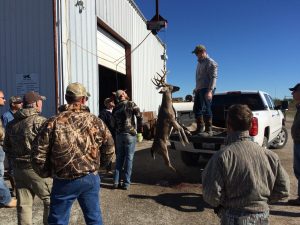 South Texas bucks are not known for their body size, but they can grow large, chocolate colored antlers.

Leonel had an interest in promoting the wide-racked whitetails which grew in the brush country. Garza thought maybe a deer contest would help promote the station. He began to spread the word about his deer contest, which would crown a winner among the hunters who could bring him the widest deer rack.

That first year, the contest was won by Homero Garza (no relation) who had entered a buck with a spread of 27 ¼ inches. When told he was the winner, his next question was, “What did I win?” Well, Leonel had overlooked that one small detail. In a move that illustrates his character, Leonel took the watch off his wrist and handed it to Homero. 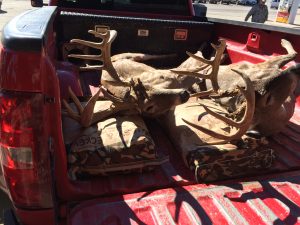 Thousands of pickups back up to Muy Grande Village every winter to have bucks scored in hopes of winning one of the coveted jackets.

Garza continued to tirelessly promote his contest at any opportunity, and while leaning over the gas pump, he taled about it to everyone who stopped. In 1968, a man in camouflage walked into the station and told Garza that his pickup was stuck a few miles away. Garza dropped everything and pulled him out. When the man tried to pay him, Leonel refused the money and just asked the man to spread the word about his buck contest.

Little did he know, that man was the popular outdoor writer Fred Strong, who wrote a story about the experience. Leonel remembers that cars were lined up for two blocks to get gas, and they would all thank him for what he did for Fred Strong. The contest benefited greatly from the publicity. In fact the story caught fire, and several other outdoor writers passed it along to their readers. One of those writers referred to the contest as “Garza’s little deer contest,” which caused Garza to decide he needed a name for it. It became the Muy Grande, which is Spanish for “Very Big.”

The contest was growing quickly. During the hunting season, pickups with bucks in the back would line up to have their deer measured. Leonel decided to change the scoring system and add some categories. He came up with a system that includes the Boone & Crockett score, base circumference, antler width, number of points and field-dressed weight. So the bucks that win this contest are truly Muy Grande in all ways!

Leonel added categories for women, youth, heavyweights, longest main beams, bowhunting, high fence, veterans and on and on. Today, there are a total of 11 categories and 137 divisions. More than 1,000 people pay the $25 entry fee to have their buck scored each year. Each of the winners gets a Muy Grande deer contest jacket. You cannot buy this jacket, you have to win it. And they are worn with pride everywhere they are seen. Wear one in an airport anywhere in North American and someone is likely to come up to you and ask you about your buck. The jackets have become legendary in their own right.

The contest will celebrate its 54th year in 2018, and Leonel has lost track of how many thousands of bucks he has scored. But he can relate stories a large number of celebrities and professional athletes who have brought in deer to be scored. 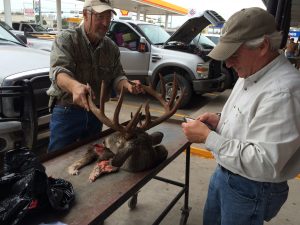 The Muy Grande contest has its own scoring system that incorporates several weights and measurements.

Somewhere along the line, Garza went from employee to owner of the little service station, in part with money loaned to him by a priest. The “Muy Grande Village” is now more than an acre with a 5,000-square foot convenience store including a souvenir shop and deli. Hundreds of photos of past contest winners line the walls of the store. Rather than tear down the iconic filling station building, they simply moved it over to the corner of the lot where it stands as a reminder of the hard work of a man who everyone now refers to as “Muy.”

You won’t have to hang out at Muy Grande Village very long during late December and January if you want to see some big bucks. Every couple hours it seems, someone backs up a pickup truck and drops the tailgate. Leonel is right there with a smile to enjoy the moment with the lucky hunter. With ambition, character, a great work ethic and a knack for promotion, Leonel Garza created the best known deer contest in the nation. And he’s wearing a pretty darn nice watch these days. 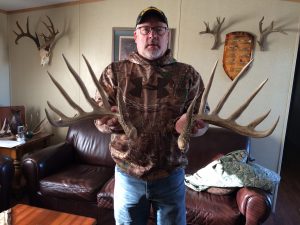 The author holds a pair of shed antlers that illustrate the size of the Duvall County bucks found in south Texas near Freer.

Today, most of the day to day workings of the contest are handled by Leonel’s youngest of five daughters Imelda and her husband Kenneth. In the souvenir shop, you can buy Leonel’s own line of south Texas brush country camouflage clothing. But you can’t buy a Muy Grande jacket at any price. You have to kill a big buck to get one of those.