Budget Bear Hunts You Can Afford 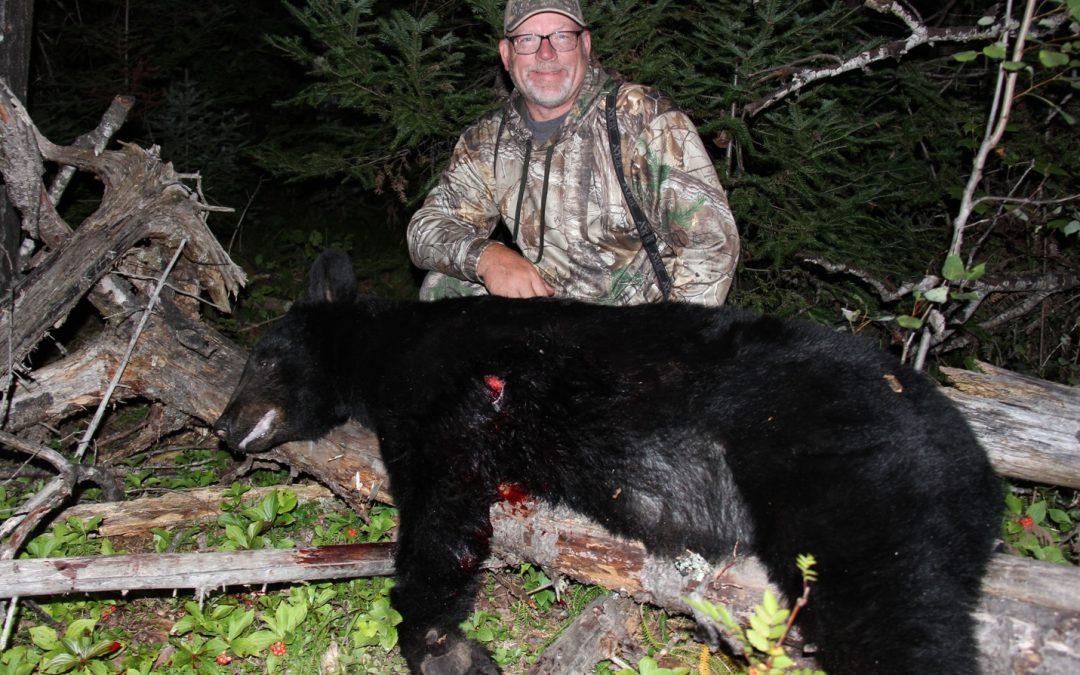 Think the cost of a fully guided bear hunt is out of reach? There are other options to help you get your bear rug at a fraction of the cost.

Growing up in Iowa, I had it pretty good as a bowhunter. I started bowhunting in 1973 at 14 years of age. In my first 25 years of bowhunting deer, I lived through the glory days of bowhunting’s growth. I had learned a lot about whitetails, shot some nice ones and even wrote a book about finding and harvesting whitetails in farmland.

But I had always wanted to shoot a bear. I was fascinated by bears from a young age and I knew someday I would go on a bear hunt. In the late 1990’s I booked a bear hunt in northern Minnesota. My plan was to shoot a bear and check that off my list. I would have a bear rug, I would be able to say I shot a bear with a bow and that would be that.

It didn’t exactly work out that way.

I have now shot 25 bears with a bow and I have helped friends and family shoot at least that many more. I have hunted bears from British Columbia and Idaho to Maine and a whole lot of places in between. I have shot bears on spot & stalk hunts, hound hunts and baited hunts, but I am most enthralled by hunting bears over bait. I am thoroughly addicted. I can’t get enough of the adrenaline charge that comes with having a bear at close range. 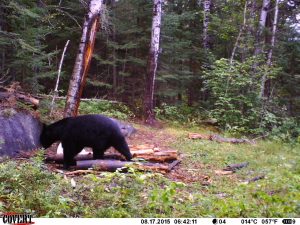 I have been on quite a few outfitted hunts, but the hunts that give me the most satisfaction are the ones in which I did the work myself. It can take quite a few years to draw a tag in Minnesota, Wisconsin and Michigan, so I have learned to branch out.

Most Canadian provinces issue the bear tags through the outfitters, but Ontario is the exception. You can buy a tag over the counter and hunt bears on Ontario without an outfitter. I have an outfitter friend who allows me to run baits in his area, I do all my own baiting and hunt his concession in exchange for bringing him bait and customers. I have found that the best hunt for many people is the semi-guided hunt. While fully guided hunts will run from $2,500-$3,500, semi-guided hunts offer several options and price points, mostly between $800 and $1,200. Most commonly they work something like this: The outfitter gets the baits going then turns it over to you. When you arrive, you are responsible for three main things; getting yourself to and from the bait sites, maintaining the baits while you are there, and taking care of your bear once it’s down.

This also leaves you with the issue of lodging and food. My favorite hunt, one that I do every year is with Edward Wilson of Havik Lake Camp. Eddy guarantees his hunters two active bait sites for less than $1000. He also has a small rustic campground on Havik Lake. He charges only $15 a night to stay there, but there is no electricity or showers, just outhouses. My group camps there with all our own equipment and we bathe in the lake. The fishing is excellent as well.

The advantages to going with a group are many. There always seems to be a couple people eager to help get the bear out of the woods. We pitch in with the chores around camp such as keeping the campfire going, and usually there are at least 2-3 people involved in the skinning and quartering of the bears. Last year there were nine of us and we took home nine bears in four days. 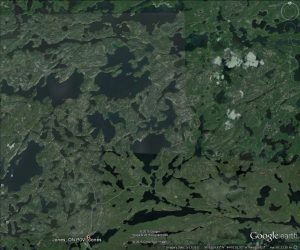 The terrain in Ontario can be a little overwhelming, but once you learn to look for funnels and swamps, you will quickly figure out where to put your bear baits. Bears have amazing noses and they find the baits quickly.

Several fishing resorts in Ontario offer these semi-guided hunts and hope to put you in their cabins at a time of the year when the clientele is slower than peak fishing season. Beware of these hunts, and be sure to call references, my experiences has been that some of them do not put the effort needed into baiting consistently before you get there. Make sure you ask the hard questions and if they are evasive about giving you references, stay away.

Another option is to use a fishing resort as a base camp and do all your own baiting. This can be inexpensive because you are not paying for the cost of a hunt at all, but it can be very time consuming. It might take the better part of a week to get the baits going good before you feel confident in hunting them.

In Minnesota and Wisconsin, there are similar to Eddy Wilson who offer these semi-guided or partially-guided hunts. In Wisconsin, a good example is Art Hyde at Northern Bayfield County Outfitters. For $1200, Art allows you to stay at his camp (which has pit toilets but does have one shower) and he also takes care of the transportation to and from the bait sites. One of his guides will skin and quarter your bear if you like, which means you should add a gratuity to the overall cost. Art normally allows 10-12 hunters and is usually booked up at least a year in advance.

NBC’s services are basically identical to Chris Ford’s bear hunts in northern Minnesota. You are provided with a hunt, but you are responsible for your own food and lodging. For $1500, Chris will put you on active bait sites, his success rates are very high and his guides will help get your bear out of the woods and taken care of. Ford offers a package with lodging for $1,950. Both Ford’s Guide Service in Minnesota and NBC Guide Service in Wisconsin will provide the treestands so you can fly to these hunts. 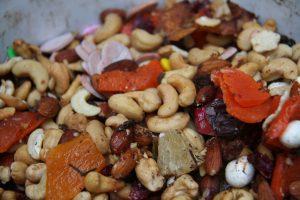 Obtaining good bear bait is much easier than you think. Many bait distributors have plenty of options and some ship bait to you or to your destination.

There are a few things you should ask when booking a semi-guided hunt:

Can you drive close to the bait sites with your pickup/SUV or do you need to bring an ATV? This is an important consideration. At Eddy’s place, we can drive within 100 yards of all the baits, but you will need a truck, not a car to do it.

Where will you stay? Is there camping, motels or resorts nearby? Find out how much these places will cost and how much driving will be needed. Some bear hunts are in remote areas which mean long drives from lodging to the stands each day.

Ask them about success rates. While success rates may not be that appealing compared to fully guided hunts, keep in mind that many first time bear hunters make a lot of mistakes and they don’t have a guide to reprimand them for screwing up. If you hunt hard, take the wind into consideration, don’t fidget on stand and use good woodsmanship, your success rate will be above average. 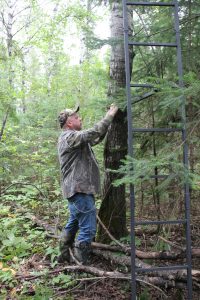 If you are willing to hang your own stands, access the bait sites by yourself, and take care of your bear once it’s down, you can cut the cost of your hunt in half or less.

Make sure you have a plan about what to do with the bear. Find out if there is a place to freeze it or if you will need some coolers and dry ice. Bear hunts are normally in warm weather so the bear needs to be taken care of immediately. You can’t hang it for a couple days like you would a deer in November.

Have them guarantee you at least two active bait sites and I go one step farther, asking them for trail camera photos from the baits. I want to know the bears are appearing during the daylight and that’s it’s not just a sow with cubs.

Make sure you tell them you are bowhunting. You will want a bait site with a good stand tree having good background cover within 15-18 yards of the bait. If the outfitter is hanging stands for you, make sure you inform them if you are left or right handed.

Fully guided hunts with lodging and meals are great. Lodging can be luxurious, meals can be fantastic, and it’s nice to avoid the issue of hanging stands, transportation to and from the sites, and getting the bear taken care of. But spending $3,000 or more on a bear hunt is not for everyone. The options for partially guided and semi-guided hunts have a lot of appeal to those who like to take part in the process and save on the cost.