The Killing Tree: 4 Attributes of the Perfect Stand 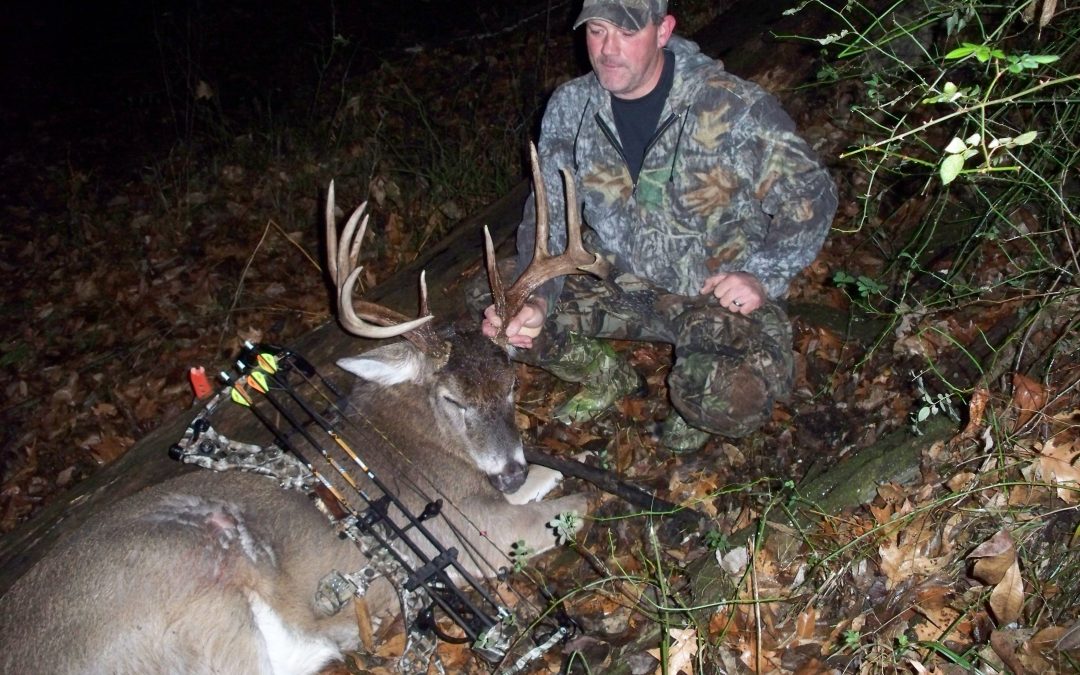 Some locations are good year after year. Finding the right tree based on land features that direct deer movement is an art, but once your find the right place, you annual success is bound to rise.

Most hunters never see a Boone & Crockett scoring buck, much less have a chance to shoot one. Yet I have a bowhunting friend named Jim who shot two of them, one a typical and one a nontypical, only three years apart. What makes this feat even more impressive is the fact that he shot both of them, and a handful of other mature bucks, from the same tree.

He hit the treestand lottery in a way, finding a stand that is in a great location year after year. This location has a lot going for it, including a food source, terrain features that funnel deer movements and access that allows for minimal intrusion. I believe there are five attributes to the perfect treestand, one that produces sightings of big bucks year after year. Let’s have a look at these features.

Certain things cause deer to move in certain ways. Topography is one of them. Ridges, creeks and rivers, ditches or draws, funnels, benches, swamps and even highways can influence deer movement. Sometimes these land features that influence deer movement can be subtle and sometimes they jump right off a map at you. You put a stand in there and here comes the deer. Yet, sometimes they are a mystery. Deer sometimes use the same trails for generations, but there is no clear feature of the land that would indicate why. Only the deer know why they use these areas, so don’t ask questions, just take advantage of the situation. 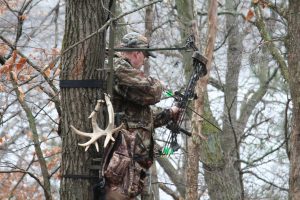 The stand where Jim killed those two B&C bucks has a drainage that funnels deer out of a park onto the surrounding farm fields. It’s a natural passage that allows the deer to remain concealed until they step out into the field and they take advantage of the terrain, which brings up feature number two.

Mature bucks need to feel secure or you simply aren’t going to see them during the daylight. The killing tree is going to be in an area where the deer feel comfortable moving about. This means that you must offer them areas that are not violated for any reason other than trailing a deer that has been shot. You can go into these inviolate areas and look them over in the spring when you are shed antler hunting, but from two months before hunting season right through the season, no one goes in there for any reason.

The deer will use these inviolate areas for bedding and security. They will be buck magnets during the rut as the bucks cruise from one bedding area to another, checking for does coming into estrus. Your perfect stand site will take advantage of these areas without being too close to them. And the travel corridors from those sanctuaries to the areas where the deer feed must be as free of intrusion as possible. 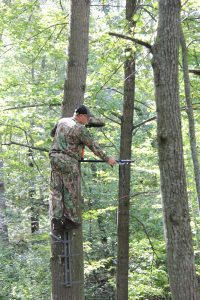 Even the perfect stand site won’t do you much good if you can only hunt it in one particular wind. You might miss the majority of the rut waiting for the right wind. The best sites can be hunted in a variety of winds and tend to be forgiving of wind swirls. Stands on ridges tend to allow your scent to blow over the top of the deer. In the case of Jim’s stand, the draw tends to funnel evening wind currents out into the field where they dissipate. In the morning, the warming thermals take the scent up and away, and in the evening the cooling air is drawn down to the low ground where it is harmless.

Of course we take into consideration the importance of wind when choosing the stand site, but we must also consider the wind as we access the stand.

This is the area where most hunters overlook. The killing tree must have a way to get into it and out of it without spooking deer. The perfect site isn’t going to work for many hunts if you can’t get to it without spooking deer, or you can’t get out of it without blowing deer out of a field. Smell is important so you must consider the wind direction, but you also must consider sound and sight. Can you get to the stand without making a bunch of commotion crunching through dry leaves or exposing yourself along the edge of a field? Big buck hunters who are consistently successful go to extremes to combat these issues. I know of one who planted a row of pine trees along the edge of his field so he could walk behind them concealed. In another case a hunter left a few rows of corn on the edge of the field to hide his approach.

Using a ditch is a perfect concealment tactic, and you can clean the leaves out to make it quiet. Take a chainsaw in the summer and cut down trees out of the ditch so you can walk in with a minimum of effort and noise. I once read that trails cut to the stands on the edges of food plots should not be made straight, but be cut so there is a curve at the end where the stand is located so deer can’t see you walking down the trail from a distance. Good idea.

The perfect treestand site, the one that will become your go-to location year after year can be hard to find and it can take some effort to develop. Sometimes it can be a mystery why some treestands seem to produce year after year, but most often, it’s a combination of these four factors that make a particular site the location for the perfect killing tree.