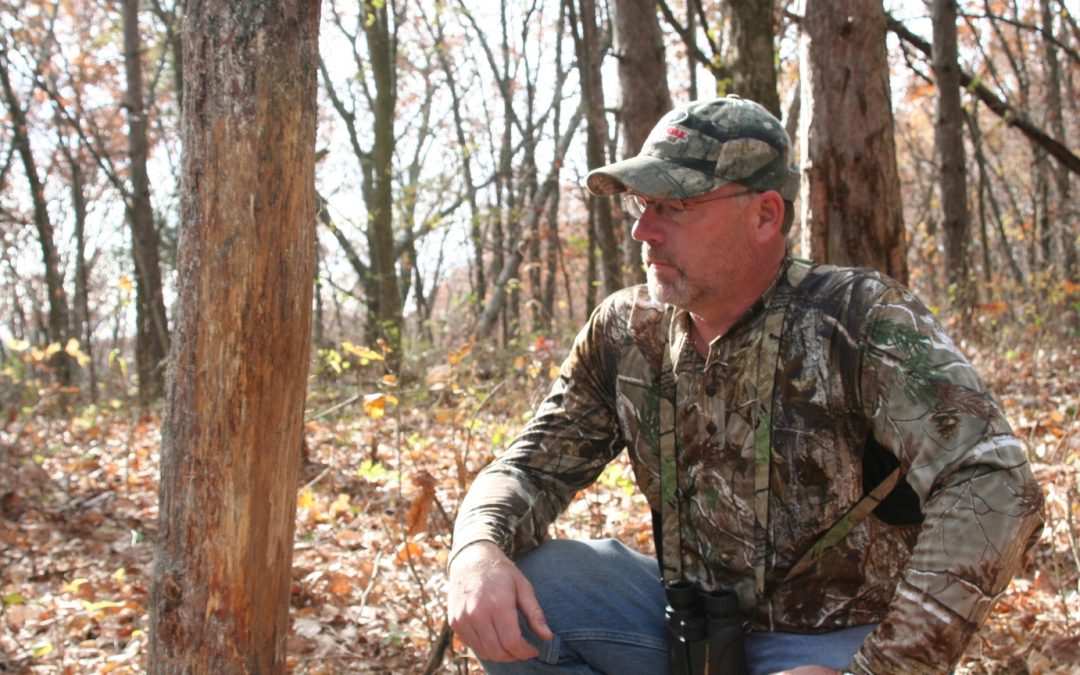 A deer rubs his antlers on a small tree to mark his territory right? How complicated can that be? Well, here are some things that will shed new light on what rubs actually mean.

Outdoor writers like myself are always looking for new ideas and new things to write about. We are always analyzing what we see and trying to learn more from each nugget of bucks sign, mostly in the hopes that we can learn something which we can pass along to our readers in order to educate them and help them hunt more effectively. That’s all good.

The bad side of the coin is that we also tend to overthink and overanalyze things from time to time. In our zeal to learn more that we can write about, we sometimes read way too much into what we are seeing. I think that is true with much of what has been written in the outdoor magazines about rubs in the past 20-30 years. There are even books about how finding rubs lined up in one direction can lead you to your next big buck. Well, let’s just say that’s a stretch.

The advent of GPS collars that track the movement and activities of bucks 24/7 has added to our knowledge of deer behavior, but it has also turned some long-held beliefs into rubbish. Some of those beliefs are related to how deer make and use rubs. Here are three myths that we can put to rest. 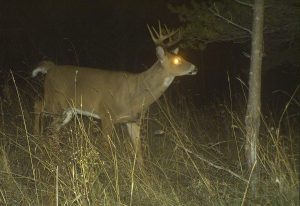 If bucks were patrolling a territory, making rubs to mark the edges of their range, the GPS tracking data would bear that out, but it does not. There is no evidence whatsoever that bucks even have a territory they try to protect in any way. They do have home ranges—areas where they spend the majority of their time—but they show no evidence that they try to protect that home range from other deer in any way.

That’s not to say that rubs are not forms of communication; however, because they are. When the bucks rub trees they deposit scent on them, which communicates to the other deer in the area the statement that, “I was here.” But really, not much more than that. It’s a way for deer to get to know each other better and have a feel for who is using the same areas they are using.

Some deer authorities have surmised that different rubs at different times of the year and on different sizes of trees can be filed into certain categories, such as Velvet Shedding rubs, Signpost Rubs, even Rutting Rubs.

Possibly the most misunderstood is the belief that bucks use rubs to remove the velvet from their antlers. First, it’s important to understand that when the velvet dries, it will fall off whether they rub it on something or not. Secondly, if a buck is inclined to remove it, it wouldn’t make much sense for him to use the trunk of a small tree to remove it. Some bucks don’t seem to care much unless the velvet is hanging down impairing their vision, while others seem to aggressively work at tearing it off. 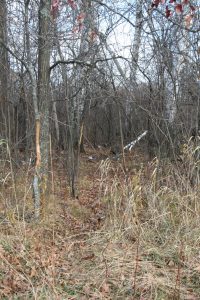 A friend once watched a full velvet whitetail walk by just out of range on September 5. He sat in a ground blind and watched that deer walk right up to a leafy bush and stick his antlers right into the brush. The buck twisted and turned the antlers in the brush, then slashed at it from side to side a few times, completely removing every trace of bloody velvet within 60 seconds.

Bucks may remove some of the velvet from their antlers by rubbing on tree trunks, but that’s not the preferred method.

This has an element of fact in it because larger bucks do tend to rub larger trees than smaller bucks at time. But that’s about all there is to it. Biologists have theorized that one of the reasons bucks rub trees is to exercise their neck muscles for the battles that will occur during the rut. It stands to reason that a buck would choose a tree that has some flex too it so it “fights back” so to speak. Larger, stronger bucks would naturally choose thicker trees to create the exercise needed. Certainly, a tree that is really shredded was rubbed by a big buck because small bucks simply do not have the antler size and physical power to really tear up a tree the size of your wrist.

I have personally witnessed small and large bucks rub trees of any size. I have even seen them rub fenceposts and power poles that had no give at all to them. Some of these have been called signpost rubs. They can be rubbed by the biggest buck in the area one minute and then a spike the next. Signpost rubs are rubs that get used from year to year and are often on big trees. Seems like every deer that comes along, no matter the size, can resist giving it a stroke or two. These don’t seem to be chosen for any specific reason other than the fact that they are in a spot where a lot of deer go by. And that in itself has some value to the hunter.

So don’t read too much into what you see in a rub. In fact, if you really want to learn a lot about who is using a particular rub, put a game camera on it. Seeing is believing.