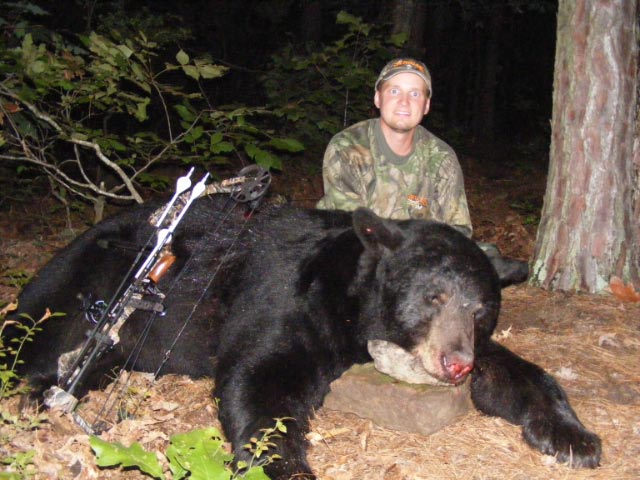 A look through the Boone & Crockett Record books reveals some interesting patterns about your chances of shooting a true giant black bear.

Outdoorsmen go through a progression of sorts during their lifetime. Most beginning fishermen, for example, are happy to catch a few fish and enjoy the excitement that comes with it. But as time goes on, they are not satisfied with a few bluegills, they want to catch a lot of fish. Then the progression goes to catching large fish of a particular species or trying more difficult methods of catching fish such as fly fishing.

Hunting is the same way. A deer hunter is thrilled to shoot his first deer, but sooner or later he finds that he has a fascination with shooting a mature buck, or with trying to shoot a deer with a bow rather than a rifle. 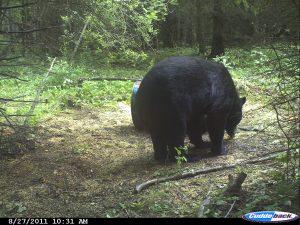 It stands to reason that bear hunters would go through the same progression. Many experienced bear hunters are either in search of color phase bears or a monster specimen. This article is for those of you who have a hankering to shoot a real whopper.

I have been fascinated by black bears all my life and I have been pursing them with a passion for more than a dozen years. I have put together a list of the top 10 places to shoot a really big black bear. I realize that some of you reading this will disagree with me, and have a place that you think should be included. I’ll certainly allow that you may disagree, but my list is backed up by the Boone & Crockett Club (B&C) records, so I at least have that going for me. Keep in mind that the total number of B&C bears produced in an area is not necessarily a good indicator of trophy potential. The percentage of B&C bears in the overall harvest is a better indicator of the area’s potential to produce a monster. 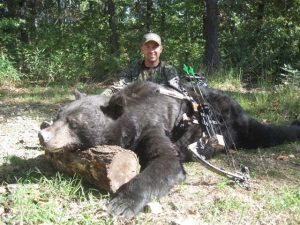 The B&C minimum score for a black bear is 21 inches. Of course it goes without saying that when booking an outfitter in one of these locations, you want to pick one that has a history of producing truly big bears. And you have to be willing to pass up a few big bears to have a chance at a true Boone & Crockett black bear. That’s not something everyone can do, but if your goal is a B&C black bear you have to be able to let the 20-inchers walk!

So here’s my list, and a little background on each location.

These two islands produce whopper bears every year. They are remote and only a handful of outfitters take bears off these islands each year. Hunters here can afford to be selective. There is not a B&C bear around every corner, but you can expect to have a reasonable chance to sight one on your trip if you go there. These bears get big because of low hunting pressure, good genetics, a long feeding season and abundant food. If you want a chance to kill a B&C bear, it’s hard to beat these two islands off the coast of southeastern Alaska. The hunting here is primarily spot and stalk hunting on the beaches, although some bears are taken over bait.

Our number two location has all the qualities of number one except that it gets a little more hunting pressure. Vancouver island in particular produces a lot of monster bears each year, and is more easily within reach of civilization, so access is a little better than number one. There are big bears on these islands and there are several outfitters who know how to put you on them. This is primarily spot and stalk hunting in logging cuts, and to a lesser degree on the beaches. 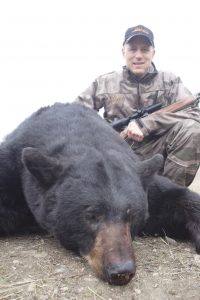 The sheer numbers of bears found in Northern Wisconsin are responsible for making this number 3. While the numbers are high, the actual harvest numbers are low due to a very limited number of bear permits each year, which means there is a good ratio of mature bears in the population. Prepare for a long wait if you want to hunt here: it normally takes 8-10 years of applying to draw a tag in the best zones. Most big bears are killed over bait, although a few are tracked down with hounds. Some of the best counties are Bayfield, Price, Sawyer, Marinette, Barron, Oconto, Rusk, and Langlade.

This will come as a surprise to many people who do not consider Pennsylvania a bear hunting destination. But there are really big bears in this state. Baiting and hounds are not legal, which makes it very difficult to harvest a bear. Success rates are very low: the percentages some years can be counted on the fingers of one hand. Most bears are either shot incidentally by deer hunters or on large group drives. If you look at the list of the top end bears entered in the B&C record book, the letters PA come up a lot; more than most people would ever dream. Five of the top 10 and nine of the top 20 all-time record bears came from the Keystone state. The counties in the North Central part of the state are the best bets, with Lycoming having produced the most.

The Western Part of Manitoba has a couple ranges of mountains that produce a large number of bears including some real monsters. Now these mountains are not what people from Colorado or Montana think of as mountains, but in a part of Canada that is mostly flat as a pancake, these are mountains. In addition to the large bears, they produce good numbers of color phase bears. This area offers great habitat for bears and it produces a lot of big bears because of the sheer overall numbers of bears taken. Outfitters here have huge exclusive territories and if they manage them well, their clients will bag a couple B&C melon-heads each and every year. When sitting over a bait in this part of Manitoba, you never know when a B&C bear is going to walk in. It can happen at any moment.

The mountains in West Central Manitoba also reach over into Saskatchewan. So the same situation found in Manitoba is found in Saskatchewan. Lots of bears, and big bears too. There just isn’t quite as much of this near-perfect habitat on the west side of the shared border so Saskatchewan ranks slightly behind Manitoba in this area. Both of these provinces offer spring bear hunts which occur during the bear’s breeding season. Mature male bears will visit baits in the spring more readily when searching for females.

This area is remote and very difficult to access. A small number of outfitters guide clients to bears here each year and the chances of laying eyes on a B&C bear are pretty good if you go to the time and expense it takes to put yourself in this area. Harvest is low not because the numbers of bears–the population is actually quite high and many areas offer a two-bear limit–but because the number of hunters is low. Mature bears are the norm not the exception. Most people come to this area with several tags in their pockets, since moose and elk are also popular targets. Hunters going to the area targeting these antlered species are well-advised to carry a bear tag because a really big one is liable to show itself at any moment.

Once again low hunting pressure puts a spot on the map for big bruins. A long growing season helps too. There is a small pocket in the northwestern part of the state that produces a good number of big-headed bears, specifically Humboldt, Trinity and Mendocino Counties. It is an overlooked area for huge gorilla bears. Lots of color phase bears too; cinnamons, chocolates and blondes are common.

Some really big bears have come from the mountains of Central to East Central Arizona. Gila County produces quite a few of them and in fact ranks second all time in the number of B&C bears entered into the record books (46). That will surprise a lot of people but not those who live and hunt in that area. Nearly a year-round feeding season and lots of food is responsible for the exceptional growth, plus a low harvest.

The remote areas of these Central Canadian provinces produce some big bears. Much of this part of Canada is not accessible by road, so there is little hunting pressure. The bears get big because they have a chance to get old. You will most likely have to fly into a camp to encounter one of these bears, but you are also most likely to be the first human being they have ever seen. Many outfitters only kill one bear per bait each year in these remote areas, and they continue to produce monster bears year after year.