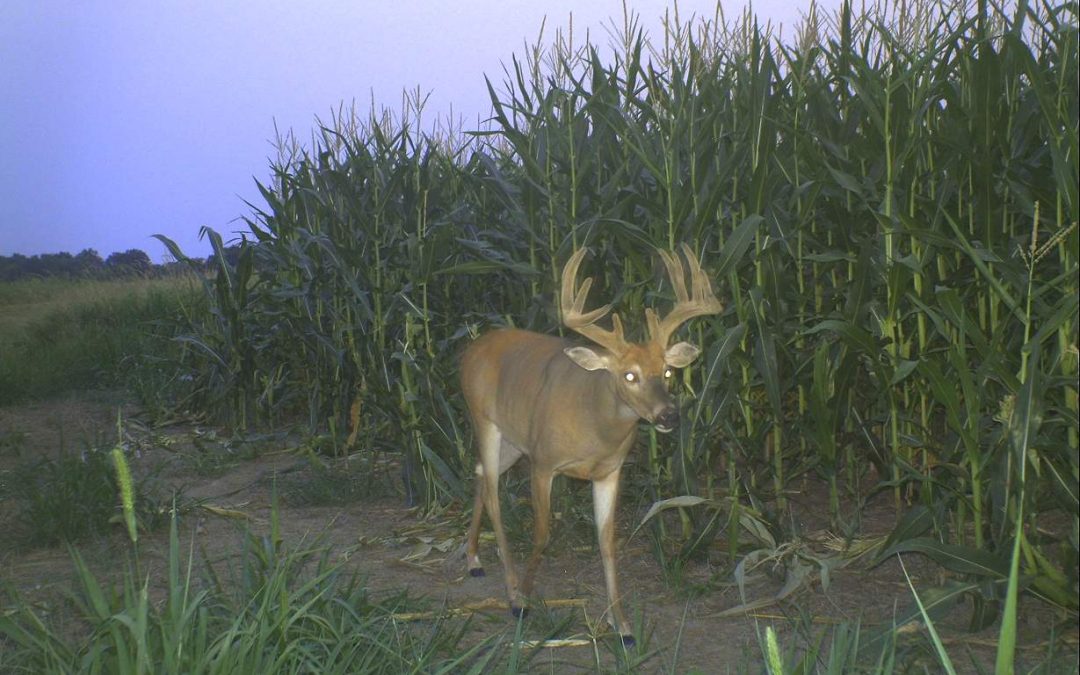 You want to know what deer you have using your property well before the hunting season begins in the fall. Placing cameras at these three locations will assure you get photos of the deer using the properties you hunt.

The deer season opens and you pick a stand in a great location for your opening day hunt. You have confidence in this spot so you climb in with optimism that you are going to see a buck. And you do. A buck approaches, but is it the buck you want to shoot? How does it compare to the other bucks on the property? If you are going to make a decision on what’s a shooter and what’s not a shooter, you need to have an inventory of all bucks likely to present you with an opportunity during the season, or you are just hunting blind.

Game cameras have changed the way we scout for deer. They not only reveal patterns of movement and habits, but they offer us an insight into the potential of any property to produce the buck on which we would be thrilled to pull the trigger. You can learn a whole lot about virtually every buck that is using a piece of property by the placement and monitoring of just three locations. While whitetail bedding can seem random at times, they do have certain bedding areas they prefer for the various weather variables. For example, in hot weather, they tend to seek out low, thick cover near water. At times, bucks like to be in the thick stuff and at others, especially when it is windy for example, they like to bed just below the crest of a hill so they can use their nose to protect them from behind and their eyes to see what’s in front of them. Learn the preferred bedding areas and get a camera or two on the trails that lead to these areas.

Avoid checking these cameras too often. I suggest once a month, because your ground scent and the possibility of spooking the deer out of the bedding area has the potential to undo what you are trying to learn in the first place. Check cameras right before a rain whenever possible. 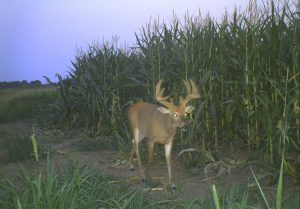 Deer will feed in predictable locations in the summer. They love lush soybeans and will feed on them daily until the stems get large and woody, and then they will still feed some on the leaves but become less consistent. They relish green alfalfa and many other legumes and brassicas. They eat corn early when it just starts to come up, and then feed heavily on corn again when the ears are growing. A camera on an isolated fruit tree growing in an abandoned farm yard can produce some spectacular photos of late-summer bucks. Find the feed and you will find the deer.

Consider putting a camera with a plotwatcher feature on the edge of a field so you can monitor the entire field, not just the area right in front of the camera. Once again, do not check these cameras too often, but often enough to keep tabs on the deer’s feeding patterns. This camera location will give you a lot of clues about where to hunt during the early bow season.

I have saved th e best for last; this one benefits your knowledge and the overall health of your deer. Start the mineral sites as soon as the antlers start to grow in the spring. Quality minerals will be sought out by both bucks and does. Good mineral has ingredients that benefit lactating does and antler growth, so all the deer benefit from it. A camera placed on a site with good mineral supplements will take a picture of every buck using the property at some point during the summer.

Replenish your minerals often to keep them coming back and change out the cards in your cameras each time you do. I guarantee you’ll feel like the season can’t come soon enough once you start seeing pictures of the bucks using the minerals.