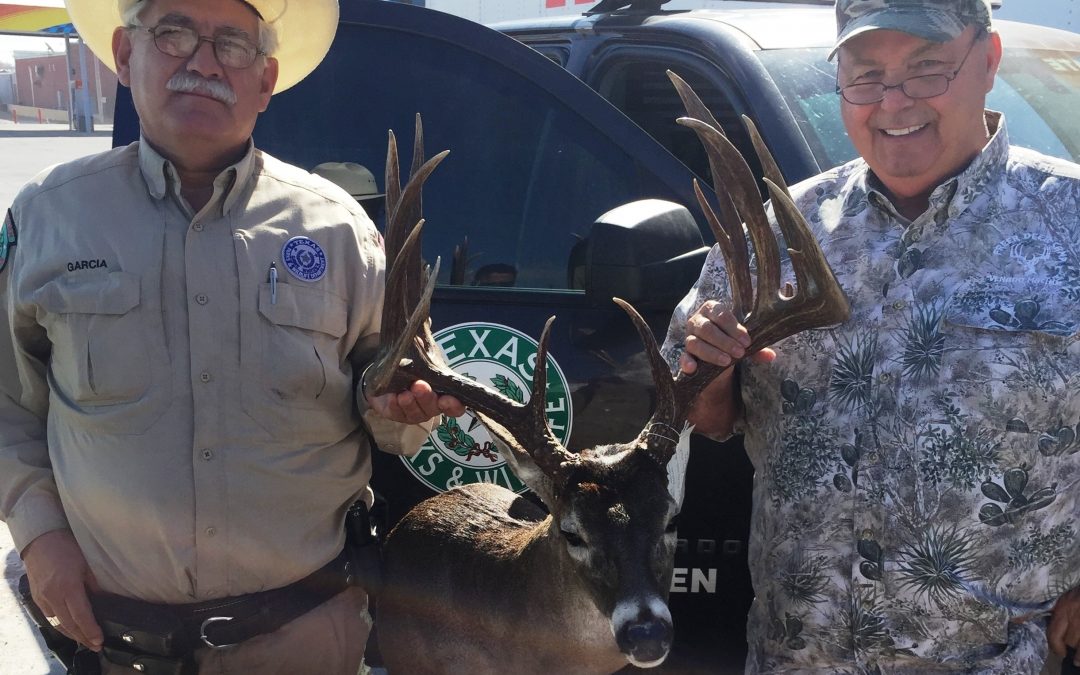 Hunters are often faced with ethical dilemmas. While hunting in Texas, one hunter made a wrong turn when faced with temptation and it cost him more than he ever imagined.

South Texas is unique in deer hunting in that large ranches are managed for producing big whitetail bucks through carefully regulated harvests of mature deer, culling of deer and feeding of protein and minerals. Many ranches have their own set of laws and rules regarding deer hunting that go above and beyond the laws set by the state wildlife authorities. 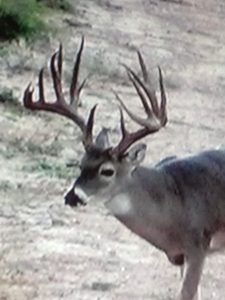 Jim Stinson holds one of the 10,000-acre leases on the 130,000-acre Duval County Ranch, and he subleases it to 8-9 other dedicated big buck hunters who pay $10,000 each per year for the right to hunt on the lease. They also participate in the feeding and care of the deer, which includes predator control, culling inferior bucks and keeping the water flowing so the deer have plenty to eat and drink during the area’s notoriously hot seasons.

One of the hunters who enjoyed the fantastic hunting privileges on this lease was Jim’s friend Skip Weiner of Boise Idaho. Skip had been hunting there for nearly a decade. Bucks are allowed to reach the age of at least five or six before they are shot so they have a chance to reach their full potential. The hard work and restraint paid off well, as many dandy bucks were shot each year, and there was always the hope that one of them would blow up into a real giant.

That’s exactly what happened. A buck they knew to be only three years old had an outsized, jaw-dropping rack. In fact it was as big as anything they had ever shot on the ranch, and it had three more years to grow. 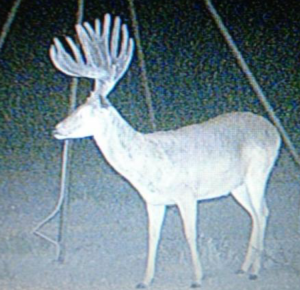 There was a lot of excitement as the buck turned four years old. This is the age when whitetail bucks normally take a big jump in antler size because their body mass has completed its growth and the deer can put its full energy into growing a rack. They were not disappointed. The buck was a true giant at four years old. The hunters spent considerable time analyzing video and photos of the buck; they determined that the deer would score over 200 inches at four, and was certainly not done growing yet. Clearly this was a deer with world class potential.

They named the buck “Superbuck” and it was on everyone’s mind all season long. The buck was quite predictable and visible, which is unusual for a giant like this, but then he was only four years old, still young and naïve. He was seen several times that fall in an area of the ranch where they had protein and corn feeders.

The ranch’s management policy requires that the trophy bucks are shot after the rut, so the hunters cannot kill the big bucks until the end of December through the end of season the middle of January. This strict policy is heavily enforced. All bucks shot must be checked in at the ranch headquarters where they are weighed, aged, scored and recorded. Taking a buck off the ranch without going through the check in is illegal.

Most of the hunting was done on the weekends. In January, most all the hunters are in camp on the lease, hunting hard to kill one trophy and one cull buck (Texas allows two buck tags per season). At the end of the weekend in question, everyone packed up to head home for a work of week with plans to come back again the next weekend.

Except Skip Weiner, who didn’t actually leave. He went hunting.

Jim had his suspicions, and he shared them with wildlife authorities. Because Jim suspected that the buck was in Idaho, the Texas Parks and Wildlife was limited in what they could do. So Jim hired a private investigator.

The PI spent some time following up on leads, checking with taxidermists and observing behavior. He paid particular attention to Weiner who was at the top of the list of suspects if Superbuck had been illegally killed. 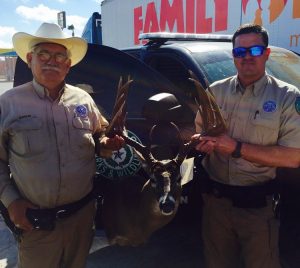 Weiner flew down to Texas, collected all his belongings from deer camp and drove them back to Boise, a move which Jim thought was odd since Skip had been such an avid hunter on the lease for so many years. He felt his suspicions were being confirmed.

Then the private investigator go

t a break. Skip’s house was listed for sale. Posing as a potential home buyer, the PI went to have a look around. Imagine the shocked look on his face when his gaze landed right above the fireplace, where Superbuck’s mount hung for all to see.

It was time to get the feds involved. There is a long list of violations involved above and beyond not tagging and checking in a deer, including a violation of the Lacey act which imposes strict penalties for taking an illegal game animal across state lines. Federal authorities have no sense of humor when it comes to this type of thing.

Armed with a search warrant, federal game wardens entered Skip Weiner’s house on Christmas Eve, and confiscated the buck. The mount is now back in the hands of Texas Parks and Wildlife law enforcement while the case works its way through the court system. All parties are innocent until proven guilty, of course. The mount is expected to be a part of the TP&W travelling poaching exhibit.

Holding Superbuck’s rack for the first time was bittersweet for Jim Stinson. Bitter because the life of a world class buck was cut short and he was not allowed to reach his full potential, but sweet because a wrong has been righted, in a way. Jim, like all of us, hates to see poachers get away with it. The silver lining on this cloud according to Jim, is that misdeeds have consequences, and with a sense of righteous indignation, he will do whatever he can to see that the consequences are administered.