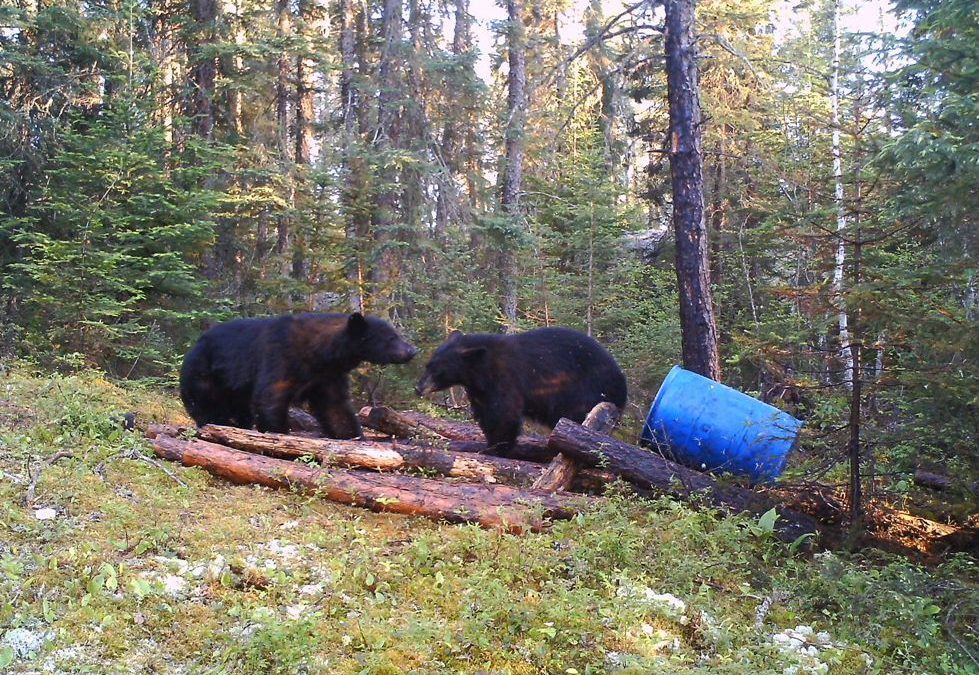 Some states are considering outright bans on chocolate in bear baiting. That’s an overreaction and here’s why.

It’s long been known that chocolate contains a chemical that can be harmful to many animals if consumed in large quantities. Theobromine is found in all forms of chocolate and it has proven to be harmful to canines and to bears. The worst offenses are caused by unprocessed chocolate, baker’s chocolate and dark chocolate. Unprocessed chocolate and other chocolates used in commercial baking and manufacturing have large amounts of theobromine, but is not palatable because it’s very bitter. The bears simply won’t eat it. Dark chocolate is used in some forms of home baking and in some candy, and has a bitter flavor, but not so much that it is unpalatable to humans and animals. By the time most chocolate reaches the consumer, say in a cookie, cake or pastry, the theobromine is reduced to the point that the only thing left is the chocolate flavor. 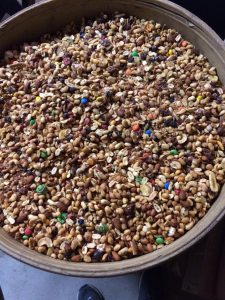 Trail mix is one of the most common and effective bear baits used by baear hunters. It’s beneficial to the bears and the small amounts of M&Ms and chocolate chips are not enough to harm wildlife. An overreaction by state game departments to ban this would be a big mistake.

Milk chocolate and white chocolate also have trace amounts of theobrimine but it has been reduced to the point that any animal must eat gigantic quantities of it in a short amount of time to be harmed by the theobromine.

While bear baiters in general are aware of the potential harmful effects of too much chocolate in bear baiting, it’s rarely an issue because milk chocolate is the bait of choice and in most bear baiting, small amounts of chocolate are found mixed in among quantities of bait. Some examples of this would be chocolate chip cookies, trail mix with M&Ms mixed in, chocolate frosted pastries, etc. 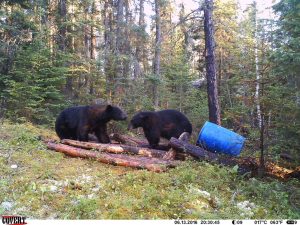 Bears come back over and over, often year after year even shen small amounts of milk chocolate are consumed. It’s been used in small quantities for many years with no ill effects.

In 2014, four dead bears were found near a couple bait sites in New Hampshire. Toxicology testing revealed that these bears had high levels of theobromine in their bodies. In the area were two bait sites that had huge quantities of chocolate. These baits consisted of large chunks of milk chocolate. Because the baits were only being hunted on the weekends, the large quantities were being put out and the bears had free access to the baits because there was little human intrusion to limit their access to the baits day and night.

In addition to these factors, there was a minimal amount of natural foods in the area. The forest in that area is primarily beech and the beech nut crop had failed. These factors all created the “perfect storm” so to speak in which the bears could freely gorge themselves on a food that was harmful, in fact fatal to them.

Bears eat small quantities of chocolate all the time with no ill effects. Experienced baiters are aware that bears will not prefer the bitter types of chocolate that have the most theobromine, and if bears eat very much milk chocolate, they just look for better food in the area. In most cases, bears will simply not eat enough chocolate to make them sick. You can easily lose the bears from your bait site if you “over-sugar” them so good bear baiters use a mix of foods that mimic the natural forage of the bear in addition to sweets.

As you might imagine, the death of these bears caused quite a stir among hunters and nonhunters alike. Because of the dead bears, the New Hampshire Fish & Game Department banned the use of all chocolate in bear baits. 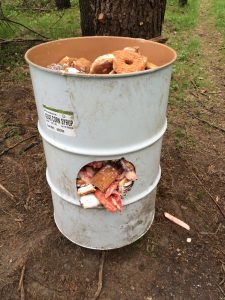 Imagine getting a large quantiy of outdated pastries for bear bait–something thousands of bear hunters do every year– only to find out that you couldn’t use it because it has some chocolate frosting on some of the donuts. Outright bans of all chocolate in bear baiting are unnecessary and very difficult to enforce.

At first glance, that might seem like a reasonable reaction; and to their credit, the state wildlife department did look at some other options. But in the end, they determined that the easiest thing to enforce would be a total ban. But the hunters of New Hampshire are now significantly handicapped in their ability to harvest bears because three of the most effective baits for keeping bears coming back to their bait site are now illegal for all practical purposes. Any bag or box of pastries you get from a grocery store will have a few chocolate donuts in it, or at least some with chocolate frosting. Pick up a barrel of granola at a bear bait supplier and chances are very high some of will have chocolate chips in it. Most kinds of cookies will also have traces of chocolate. Trail mix, possibly the most effective and sought after of bear baits may have M&Ms or other small bits of chocolate in it. But none of these popular baits have anywhere close to the amount of chocolate it would take to make a bear sick much less harm one.

Other states are now looking at the issue of chocolate in bear bait with a view that borders on panic. Michigan will discuss the issue in a forum on December 17 as they propose to ban all chocolate from bear baiting in that state.

These overreactions to an isolated incident are not the way to go about the business of hunting regulations. While the incident in New Hampshire is not the only case of bears getting sick or dying from too much chocolate, it’s an extreme case and should not dictate policy. The argument that the situation can be duplicated in other areas seems to be the primary flag that’s being flown in support of a chocolate ban. The other is the belief that canines such as coyotes and wolves may also die from eating bear baits with chocolate in them; a theory that has no concrete evidence to support it. The thought that carnivorous canines would eat large quantities of chocolate is hard for must hunters to swallow.

The key to avoiding problems with isolated incidents where bears might suffer ill effects from eating too much chocolate is not to create hardship on bear hunters and the associated ability to manage our bear populations, but to better educate hunters and bear bait suppliers so they can be careful in their use of certain kinds of baits that might contain chocolate. No bear bait suppliers that I know of carry large quantities of pure chocolate. But there must be some in New Hampshire that did at one time. Hunters using trail mix, pastries, granola, cookies and cake have nothing to fear from theobromine.

Educated hunters know that too much chocolate is counterproductive to their bear hunting success. Quantities of chocolate will send the bears looking elsewhere for food. If hunters simply refused the buy the large chunks of chocolate which caused the incident in New Hampshire, there would be no reason for bear bait suppliers to even carry it.

Bear baiting is big business. Lucky 7 Bear bait in Minnesota sells about 3 million pounds of bear bait per year and he is only one of hundreds of such companies.

A total ban on chocolate is a hardship on bear hunters and an enforcement nightmare for conservation officers who might find—for example–small amounts of chocolate frosting that rubbed off one donut onto another, or some M&Ms that got mixed in with some other kinds of candy. Putting that kind of discretion in the hands of officers is not good for anyone involved.

The key to avoiding sick bears is a continuing educational effort among hunters which can be led by state game agencies and bear hunting organizations. An overreaction of banning all chocolate is unnecessary and creates extra workload on everyone involved. To learn more about best baits for bears, click here.